Tottenham have confirmed they will take on Rangers in a pre-season friendly this summer at Ibrox.

The north London side will travel to the current Scottish champions on July 23 with kick-off to take place from 3pm.

It will be the first meeting between the teams since they faced off once more on Rangers’ home turf in July 2004 where the Gers ran out 2-0 winners. 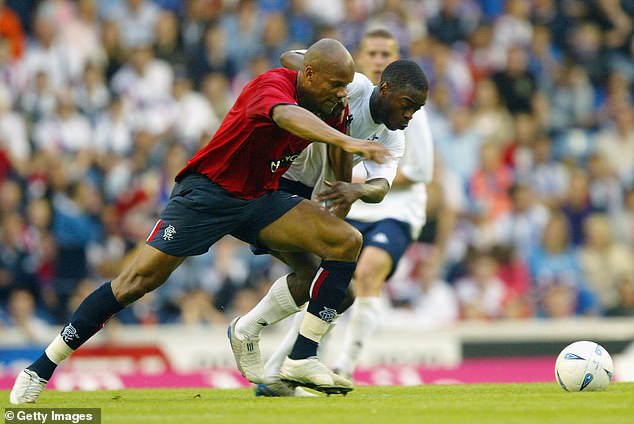 Tottenham and Rangers will face off for the first time in 18 years where they also met in a friendly – pictured, Rohan Ricketts of Spurs (right) battles Jean Alain Boumsong for possession

The teams have only previously met each other competitively in Spurs’ triumph on the way to winning the 1963 European Cup-Winners’ Cup.

Notable players to have played for both clubs over the years include Paul Gascoigne, Graham Roberts, Gordon Durie and most recently Jermain Defoe.

The match will pit Spurs up against a former Arsenal star in manager Giovanni van Bronckhorst who took charge of the Gers earlier in the season following the departure of Steven Gerrard to Aston Villa. 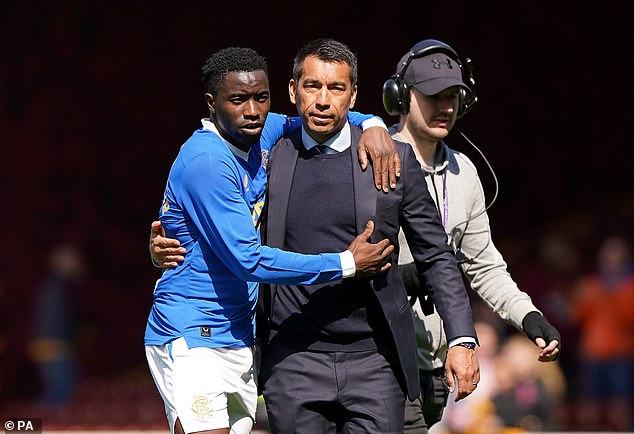 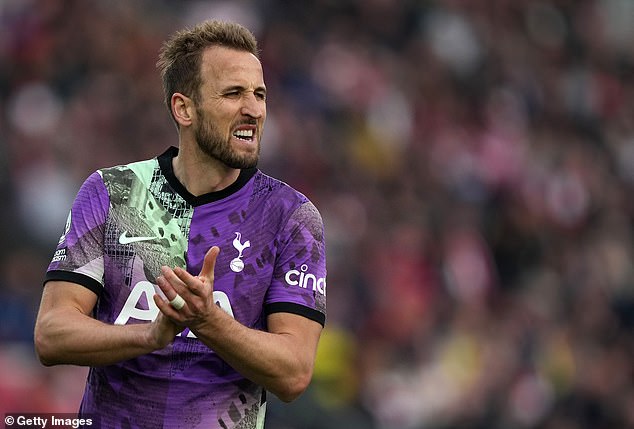 Rangers are still in the hunt to retain their title, but are six points down on rivals Celtic with just four games to play.

Van Bronckhorst’s side are more likely to pivot attentions to the Europa League where they face RB Leipzig in a semi-final this week.

Spurs will be hoping they travel to Ibrox having secured Champions League qualification as they chase a top four spot in a battle with Arsenal.

Whether Antonio Conte will remain manager of the north London outfit for the friendly though is uncertain with reports linking him as a potential target to replace Mauricio Pochettino as Paris Saint-Germain boss.

The former Spurs manager is expected to leave the French capital despite winning the league title last weekend.