Jamie Carragher and Micah Richards broke out into a hilarious rendition of Thiago Alcantara’s Liverpool chant after their Champions League win over Villarreal on Wednesday night.

Thiago played a key part in the Reds’ 2-0 victory against Villarreal, helping them secure a two-goal cushion in the first leg of their semi-final tie at Anfield.

The Spain midfielder pulled the strings elegantly in the middle of the park as they brushed aside Unai Emery’s men, while even coming close to getting on the scoresheet himself. 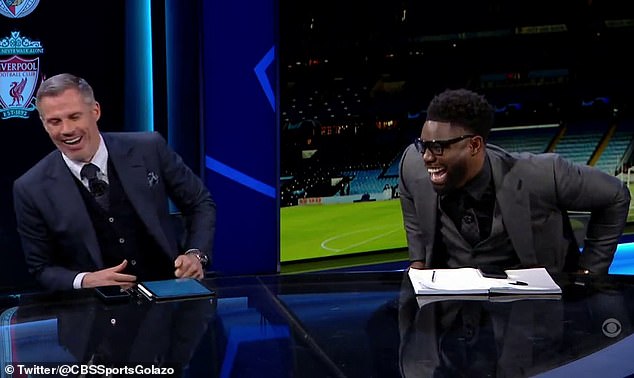 With the score locked at 0-0, three minutes before half-time he took a touch out of his feet and unleashed a fierce shot at goal, only to see his effort strike the post.

His long-range shot came mightily close to flying into the top-left corner, and after the game pundits Carragher and Richards watched it back as part of their post-match analysis for American TV channel CBS Sports.

Yet instead of breaking it down forensically, Carragher responded to the clip by belting out the new chant Liverpool fans have created for Thiago.

Richards certainly didn’t need any persuading to join in, with the camera eventually cutting to the pair singing and dancing with their arms stretched out to the amusement of presenter Kate Abdo.

Set to the tune of ‘Cuba’ by the Gibson Brothers, the pair sang: ‘Thiago, Thiago Alcantara’ 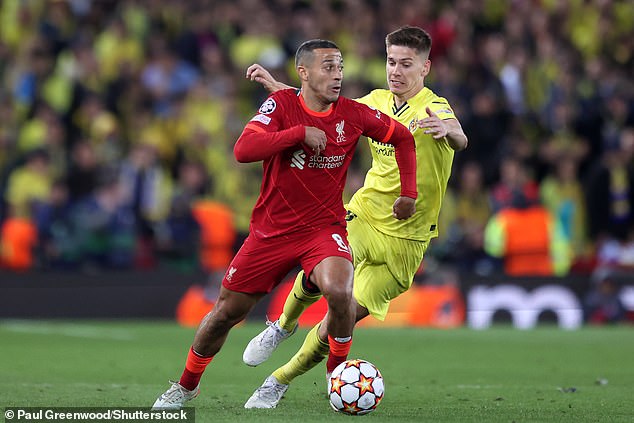 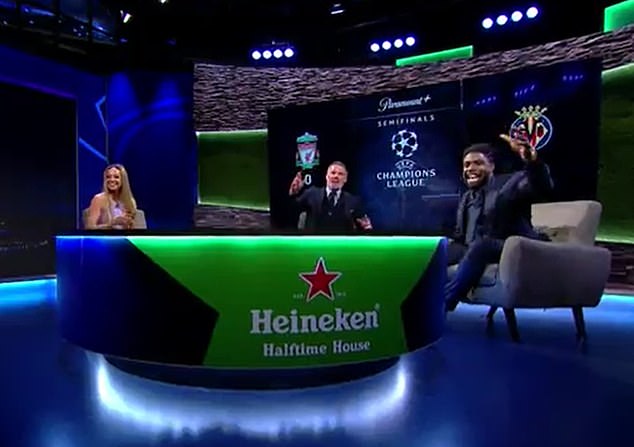 Thiago was outstanding in Liverpool‘s win over Villarreal, continuing his fine run of form at the heart of midfield on Wednesday night.

The former Bayern Munich man has finally found his feet on Merseyside after a tough start in which his ability to cope with the physical demands of the Premier League was questioned.

Speaking about Thiago on BT Sport, Liverpool icon Michael Owen said: ‘I don’t think anyone ever doubted his quality, but they did doubt whether he could fit into this team. Because I think naturally he’s a number six, but a playmaking number six, almost like a quarterback.

‘But Liverpool don’t really play with that, they like playing with more of a defensive player in Fabinho. But this guy [Thiago], especially in the last month, has just come into his own. 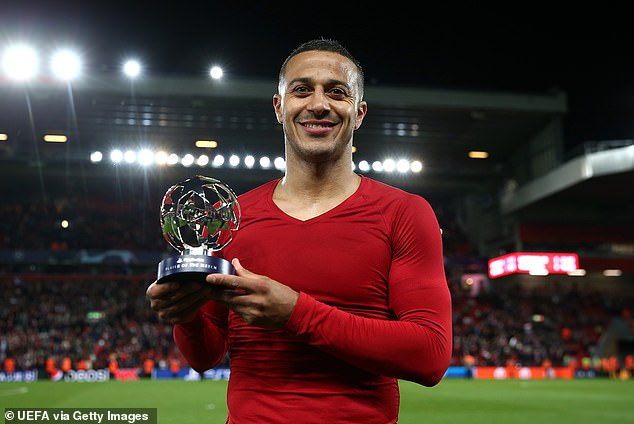