EUROPA LEAGUE ROUND-UP: Six-time winners Sevilla and Porto scrap into the Europa League last-16 as RB Leipzig and Atalanta cruise through with victories

Six-times Europa League winners Sevilla were made to sweat to reach the last 16 as they were beaten 1-0 at Dinamo Zagreb on Thursday and had to survive a nervy finale with 10 men before progressing 3-2 on aggregate.

Sevilla were on course to grind out a goalless draw in the knockout stage playoff second leg until Marcos Acuna was punished when the ball bounced on to his hand and Mislav Orsic slotted home the penalty in the 65th minute.

Thomas Delaney was sent off for a second booking in the 91st and Dinamo hemmed the Spaniards into their area for the six minutes of added time, even throwing their goalkeeper up to contest a late free kick, but could not force extra-time. 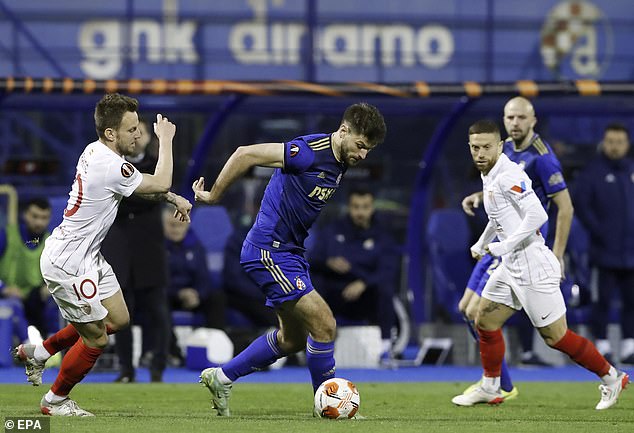 Sevilla were beaten 1-0 by Dinamo Zagreb, but managed to progress into the Europa League last 16 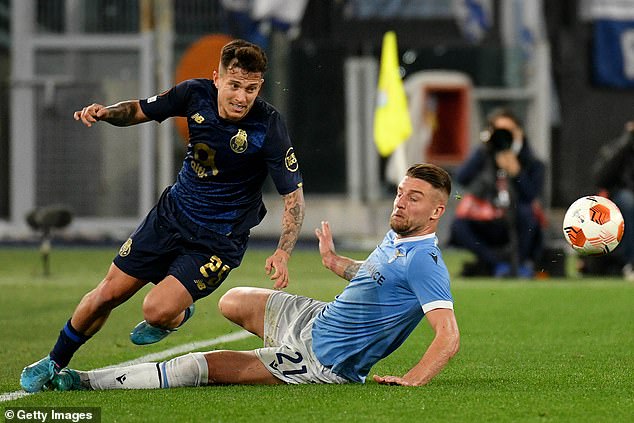 Porto also had to scrap deep into added time to earn their place in the last 16, drawing 2-2 at Lazio to squeeze through 4-3 on aggregate.

A first-half penalty from Mehdi Taremi and a second-half volley from Mateus Uribe gave the visitors a two-goal cushion in the tie after Ciro Immobile had put Lazio ahead but faced an anxious end to the game after Danilo Cataldi equalised in the fourth minute of added time.

Elsewhere, RB Leipzig won 3-1 at Real Sociedad to progress 5-3 on aggregate while Atalanta hammered Olympiakos 3-0 to complete a 5-1 aggregate win. 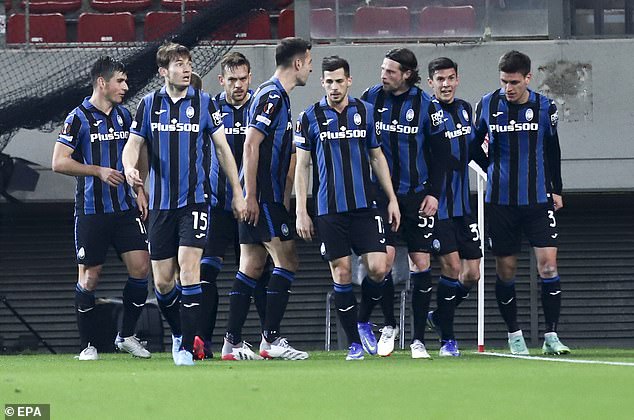 Real Betis also advanced by holding Zenit St Petersburg to a goalless draw at home and winning 3-2 on aggregate.

The Russians were denied a late goal that would have sent the game into extra-time as a VAR review spotted a foul in the build up to Dmitri Chistyakov’s strike.

Portuguese side Braga staged a stunning turnaround to beat Sheriff Tiraspol 2-0 at home and level the tie 2-2, forcing extra-time and a penalty shootout they won 3-2.