Sadio Mane deserves to win the Ballon d’Or ahead of Karim Benzema and Mohamed Salah – if Real Madrid are dumped out of the Champions League, insists Gabby Agbonlahor

Gabriel Agbonlahor believes Sadio Mane could already be an early favourite to win the Ballon d’Or later this year – but only if Real Madrid fail to win the Champions League.

Mane has enjoyed an incredible campaign for Liverpool, where he has once again played a key contribution in Jurgen Klopp’s attack, having already netted 19 goals in 34 games this term.

Having already won the Carabao Cup, the Reds are also in contention for an unprecedented quadruple that would include the Premier League title as well as the FA Cup and the Champions League. 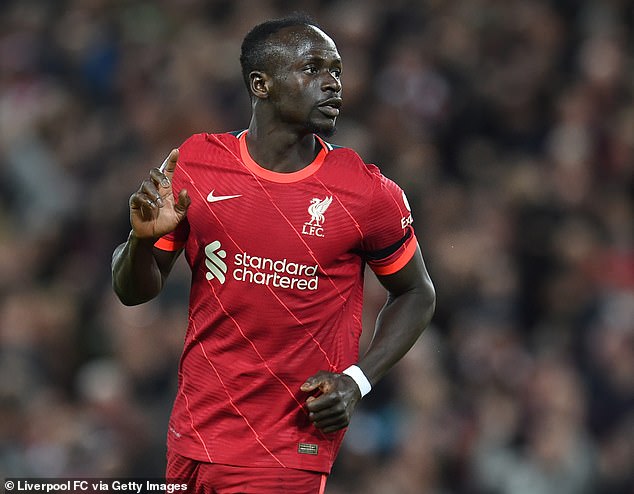 While his team-mate Mohamed Salah has made similar contributions, Mane’s advantage comes from having also lifted the Africa Cup of Nations with Senegal back in February when they defeated Salah’s Egypt in the final.

Agbonlahor sounded out Karim Benzema and Robert Lewandowski as strong rivals to battle with Mane for the top prize set to be handed out in October, but if the France striker cannot lead Madrid to European glory then the former Aston Villa forward believes Mane is in pole position to pick up the honour.

‘We will probably look at Benzema and Lewandowski, but I’m looking at Sadio Mane,’ he told talkSPORT. 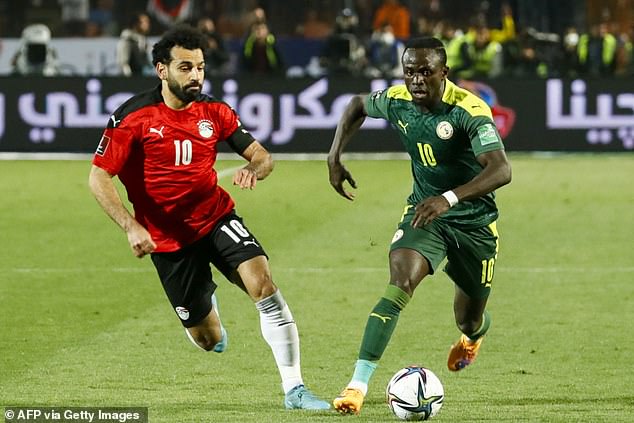 Mane (right) has enjoyed success with Senegal already this year, having defeated Liverpool team-mate Mohamed Salah’s (left) Egypt in the final of the Africa Cup of Nations

‘He’s won the Africa Cup of Nations, got a chance of winning the Premier League, has won the Carabao Cup and could win the FA Cup and Champions League and he’s scored a lot of goals this season.

‘I know we’re looking at Benzema, but if they [Real Madrid] get knocked out by Man City then I think Mane would be the favourite to get it.

‘I look at the way the Ballon d’Or is given, it includes trophies as well. Sadio Mane winning the Africa Cup of Nations, I’d put him above Mo Salah as well.’

Benzema has already netted an incredible unmatched 14 goals in Europe this term, including a brace in the 4-3 first leg semi-final defeat at Manchester City on Tuesday night.

Mane will get his opportunity to steal the headlines on Wednesday evening though when Liverpool are back in action when host Villarreal in the other semi-final first leg at Anfield.

Lionel Messi is the current holder of the Ballon d’Or after controversially beating Lewandowski to the gong despite widespread opinion being that the Bayern Munich striker deserved the award more. 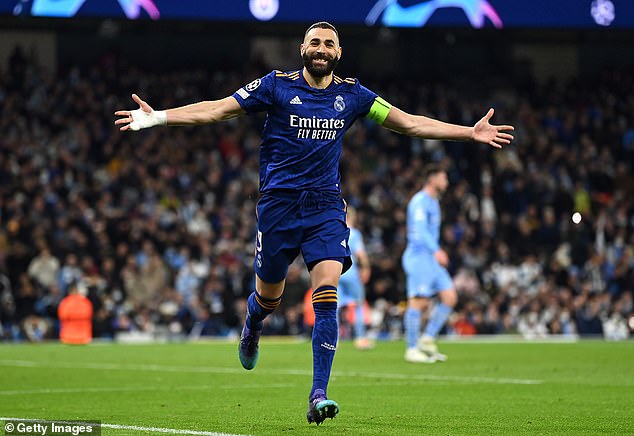