By Oli Gamp For Mailonline

Manchester United legend Rio Ferdinand has claimed Liverpool’s Thiago Alcantara wanted to join Old Trafford when he was at Bayern Munich before linking up with Jurgen Klopp – as he hailed his ‘ridiculous’ displays.

The Spanish midfielder initially struggled to make an impact at Anfield when he first arrived from Germany and also suffered from niggling injuries, but now looks to have found his best form with some dominant recent performances.

Ferdinand reveals the player told him he was keen on becoming a Red Devil in 2020 when he was linked with a move away from the Bundesliga but admits Thiago ‘couldn’t be happier’ playing for Liverpool now despite many writing him off. 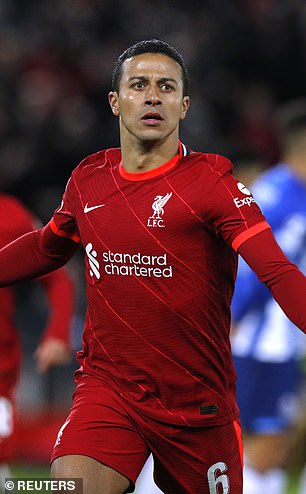 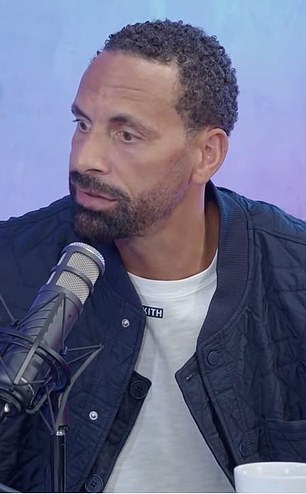 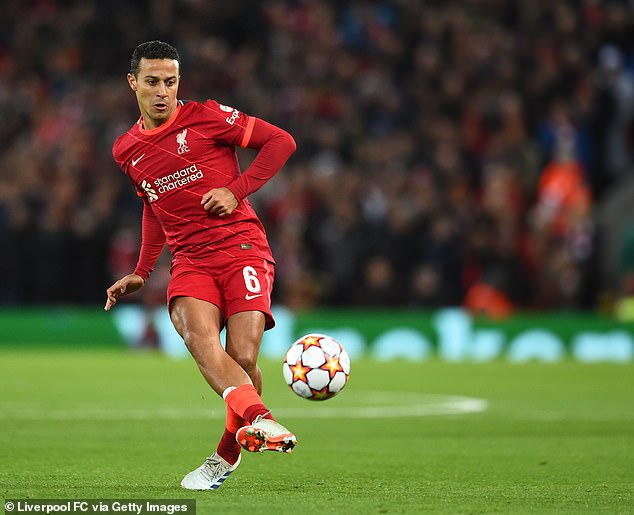 ‘Thiago has been the stand out midfielder for the last few weeks and months he’s been absolutely top,’ he told his VibeWithFive podcast.

‘I spoke to him at the time. He speaks perfect English, he was a great guy, wanted to come to United. But you look at him now and he couldn’t be happier.’

He said Thiago was the perfect example of why Premier League players – and managers – need time to adapt, citing how many were too quick to judge him before he hit top form. 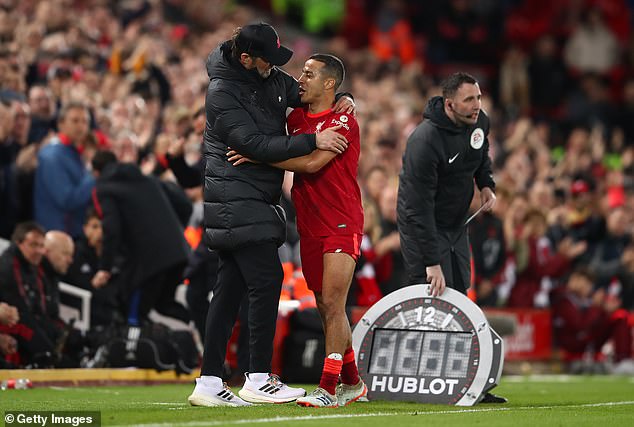 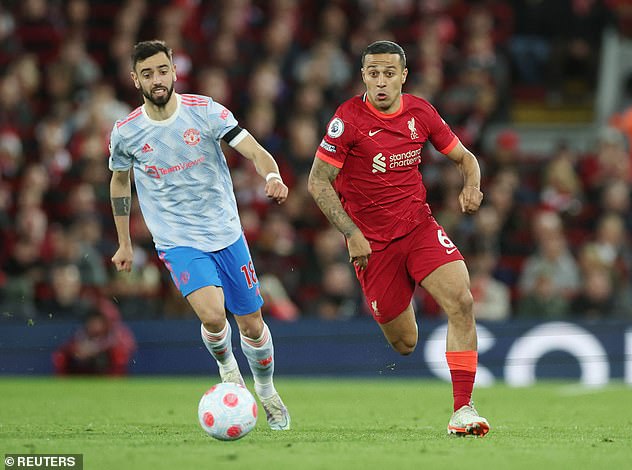 Ferdinand also believes the same needs to apply to struggling United star Jadon Sancho after arriving from the Bundesliga.

‘What I would like to talk about just with Thiago is that you could have gone to a huge amount of the fanbase after last season and [they] would have said “he isn’t good enough for us, he isn’t the player he thought he was, German League, Bundesliga, he’s slowing us down, let’s get him out”.

‘There were ex-players I saw saying “he’s side to side, doesn’t play the ball forward he isn’t ready-made for this league”. Players need time.

‘It goes back to this thing with managers and Man Utd as well the club need to give the manager at Man Utd patience, the clubs need and the fans need to give players that come in from other leagues especially patience. 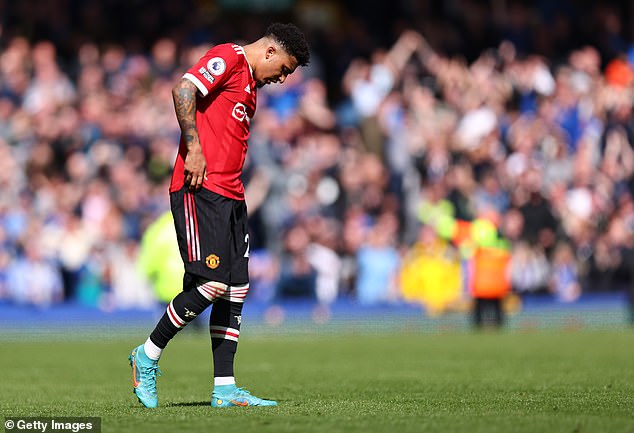 ‘Sancho is another example. I bet you see a better player with Sancho next season for sure.’

Thiago has played 61 times overall for Liverpool, scoring once in 30 games last season, which was plagued by a knee injury and a battle with Covid.

This term he has already played more games with 31 appearances, and though his fitness woes hindered him at the start of the campaign, he has pushed on and now looks to be a key member of Klopp’s squad and a regular starter.

He has two goals and two assists this term, with an average passing accuracy of 87 per cent in all competitions.