Rafael Nadal will make his return from six weeks out with a fractured rib at next week’s Madrid Open.

The Australian Open champion announced after seeing his 20-match winning streak to start the season end with defeat by Taylor Fritz in the final of Indian Wells last month that he had suffered a stress fracture and would be sidelined for between four and six weeks.

The 35-year-old has already missed two of his most successful tournaments in Monte Carlo and Barcelona but will return to match action in the Spanish capital as he builds up to the French Open. 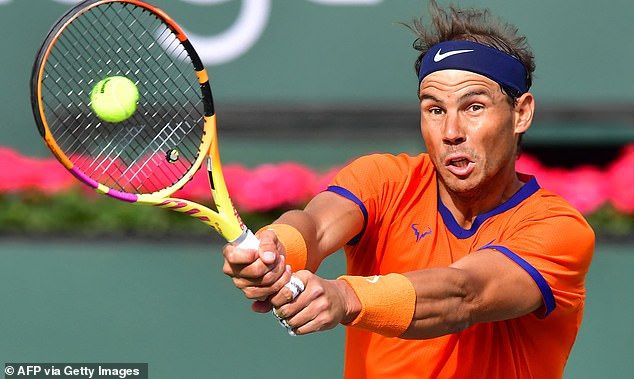 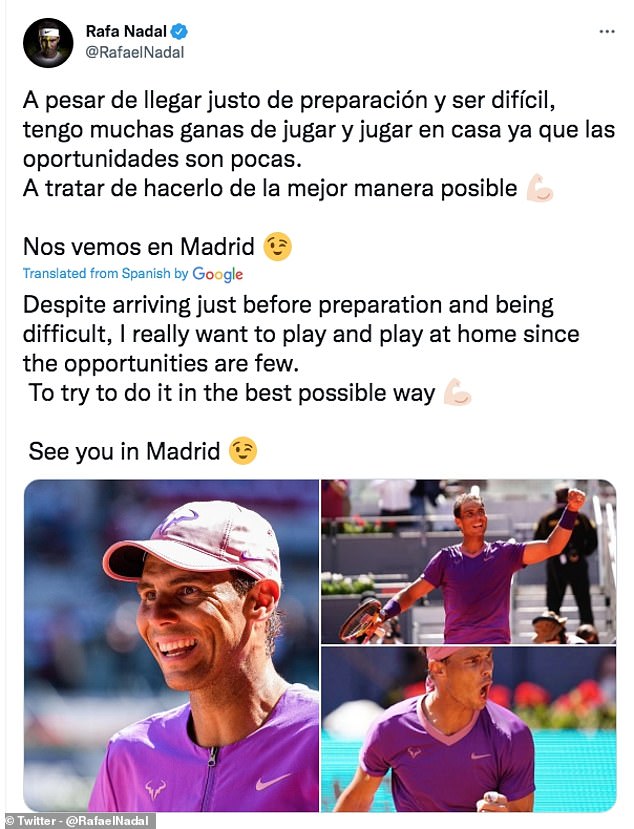 Writing on social media, Nadal said: ‘Despite arriving just before and preparation being difficult, I really want to play and play at home since the opportunities are few. To try to do it in the best possible way. See you in Madrid.’

The Madrid Open has been Nadal’s least successful major clay tournament, although he has won it five times, most recently in 2017.

He will then head to the Italian Open in Rome, where he is the defending champion, before trying to reclaim the trophy at Roland Garros and win a 14th title. 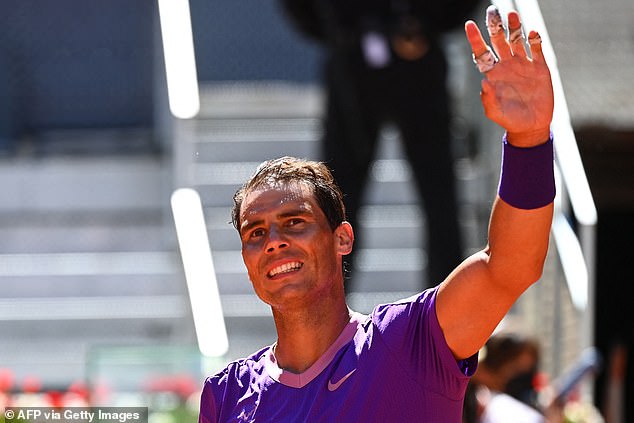