By Isabel Baldwin For Mailonline

Atletico Madrid and Tottenham have suffered a blow in their pursuit of Juventus star Paulo Dybala as he is holding talks with Inter Milan, according to reports.

The 28-year-old is set to leave Turin in summer when his contract expires after talks over a new deal with Juventus broke down.

The Argentine’s uncertain future at the Serie A side has attracted a lot of interest ahead of the summer transfer window. 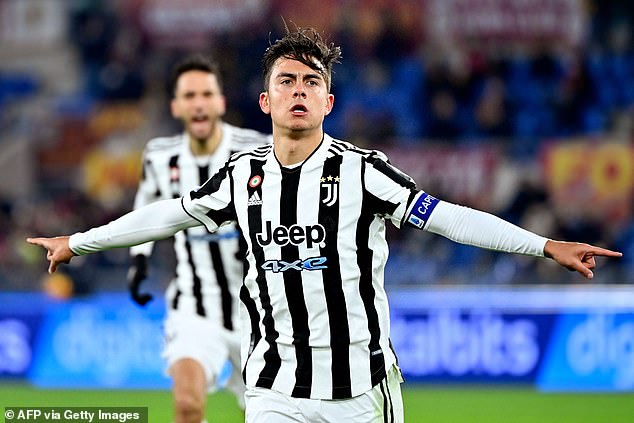 Tottenham and Atletico Madrid were said to be among the interested parties plotting a move for the forward.

But the two sides are expected to suffer a blow in the race for his signature as Inter Milan are reportedly ramping up their interest.

Talks are ongoing between Dybala’s representatives and the Italian side, according to Gazzetta.

The Italian publication reported that his agent is set to arrive in Italy next week for further talks. 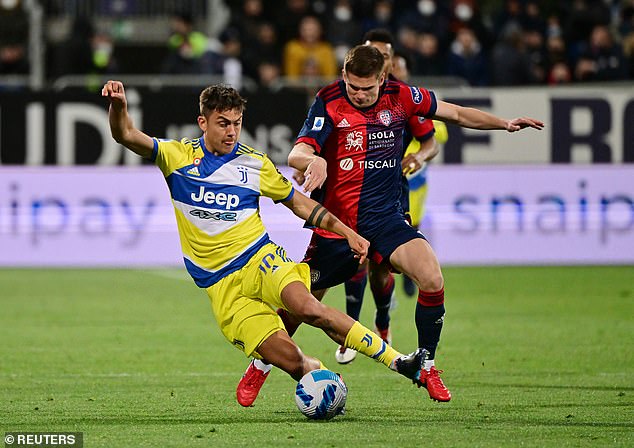 Amid the ongoing discussions, Inter are reportedly growing increasingly likely to be Dybala’s destination in summer.

However, the club and player are said to have some final details to iron out with Dybala wanting assurances over his role in the side.

Dybala has been left frustrated by Juventus after being handed the captain’s armband this season before the club failed to meet his demands over a contract renewal.

His position in Maximiliano Allegri’s team has suffered as a result of the January arrival of Dusan Vlahovic from Fiorentina in the January transfer window.

Meanwhile, Inter are also deliberating over how to fit the Argentina international into their side. 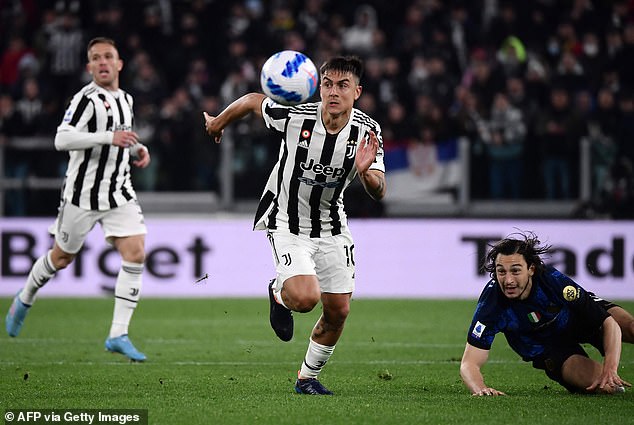 Last month, it was reported that Inter CEO Giuseppe Marotta has a strategic plan to cut Alexis Sanchez and Arturo Vidal from the team to free up the money needed to offer Dybala his desired contract.

While Inter also intend to evaluate all the offers received for Lautaro Martinez knowing they can replace him with the Juventus man.

Atletico had thought to be in pole position to secure Dybala with Diego Simeone desperate to land his signature and bolster his attacking ranks this summer in his search for a long-term replacement for Luis Suarez.

It was claimed that Argentine midfielder Rodrigo de Paul was doing all he can to convince his international team-mate to move to the Spanish capital.

However, with talks developing between Dybala and Inter, the LaLiga side could now miss out.

Dybala has netted 13 times in 31 appearances across all competitions for Inter this season, providing six assists. 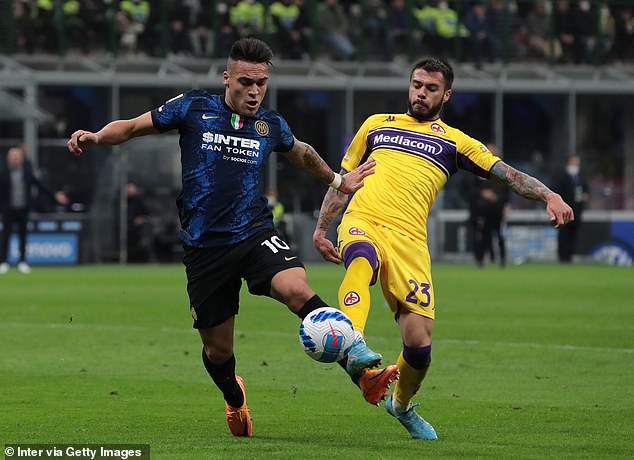 Meanwhile, north London duo Tottenham and Arsenal are reportedly interested in signing Martinez, allowing Inter to wrap up their move for Dybala.

Italian publication CalcioMercato have reported that Tottenham are set to battle it out with their local rivals for the Argentine’s signature.

That list is believed to include Martinez, but it would require a club-record fee with the reigning Serie A champions wanting at least £67million for their man.

Conte previously worked with the forward up until his departure from Inter Milan at the end of last summer.

The Italian manager guided Inter to the Serie A title before his exit from the club, with Martinez helping the cause by scoring 17 goals as he formed a prolific partnership with now Chelsea striker Romelu Lukaku.