‘I’d rather be fat and happy than ripped’: Paddy Pimblett explains post-fight calorie binges but admits feasting is over as he starts diet for ‘UFC’s return to UK in July’

By Will Griffee For Mailonline

Paddy ‘The Baddy’ Pimblett is putting an end to his calorie binge following reports that the UFC is returning to London on July 23.

The Liverpool fan favourite is renowned for indulging in all manner of treats after his fights having been through strict training camps and weight cuts.

Pimblett tucked into cheesecakes, donuts, ice cream and plenty of Easter eggs after beating Kazula Vargas in March at the O2 Arena. 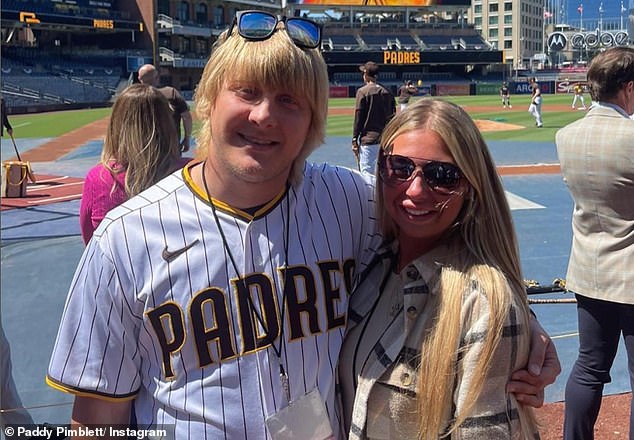 But when asked if he will be fighting in July on home soil again, he told The Schmo: ‘Yeah, that’s more than likely. That’s half the reason I’m on a diet now.’

And rather than keep himself trim all year round, Pimblett prefers to allow himself the freedom to eat what he wants out of training camp.

He said: ‘I’d rather be fat and happy than ripped. These people who are ripped all year round are not happy, I don’t care what they say.

‘This six-pack is sound, I look great but I’d rather be fat and happy.’

Less than a fortnight after beating Vargas at 170-pounds, Pimblett ballooned up to more than 200lbs (90kg). But he is used to the process of cutting down and is starting again now. 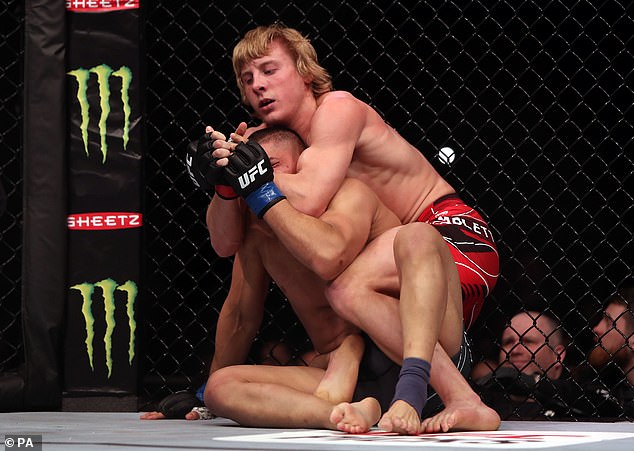 Pimblett has won both of his fights in the UFC by first round finish and was greeted by the best reception of the night in London last month.

He is keen to step into the octagon two or three times in 2022 and expects a new contract with the organisation in the near future.

‘I still want another few fights first I’m not getting ahead of myself, he said. ‘I know I’m not ready for anyone ranked yet, especially in the lightweight division. I need to win another four fights before even thinking about getting another ranked opponent.

‘Hopefully after this next fight they want to give me a new contract but we’ll see.

‘That’s the goal, more zeros on that bank balance. I wanna get another two fights in this year, maybe even three times.’ 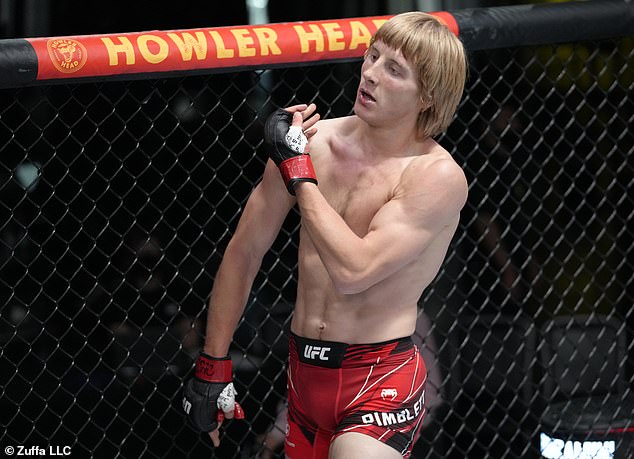