Sassuolo 1-2 Juventus: Moise Kean nets winner in the 89th minute to earn Massimiliano Allegri’s side a comeback victory to edge them closer to Champions League qualification

A late winner from Moise Kean earned Juventus a 2-1 comeback victory at Sassuolo in Serie A on Monday and boosted their hold on the final Champions League qualifying spot.

The win moved fourth-placed Juve to 66 points from 34 matches, one point behind Napoli in third and eight clear of AS Roma in fifth in the race for Europe. Sassuolo stay 10th.

Sassuolo had the better of the opening exchanges, deservedly taking the lead when Italy forward Giacomo Raspadori drilled the ball past Wojciech Szczesny at his near post in the 38th minute. 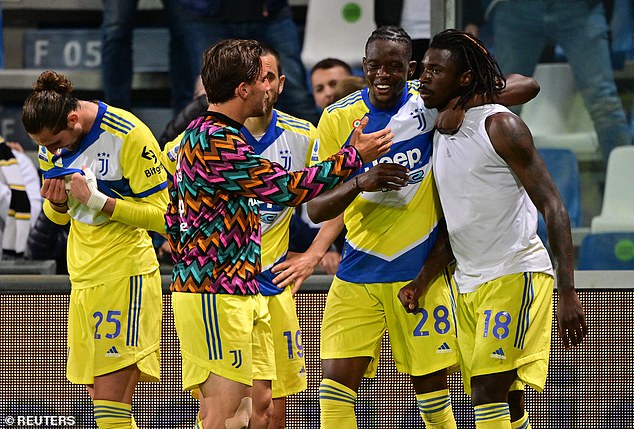 Juventus a 2-1 comeback victory at Sassuolo in Serie A” class=”blkBorder img-share” style=”max-width:100%” /> 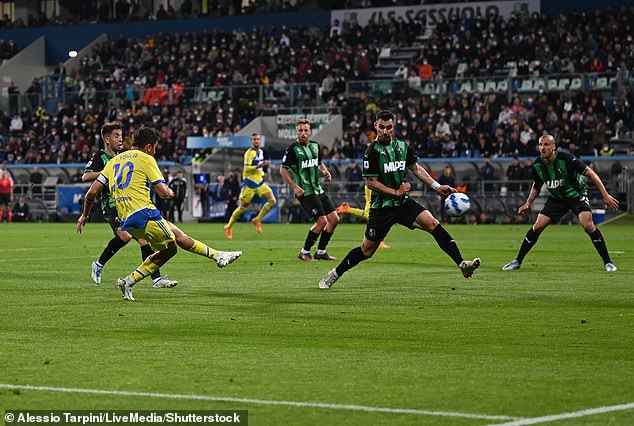 But with their first real attempt at goal moments before the interval, the visitors levelled through Argentine striker Paulo Dybala, who fired home from inside the area.

Alvaro Morata thought he had completed the comeback early in the second half but his header was brilliantly saved by Andrea Consigli, only for the goalkeeper to let one through his legs as Kean turned smartly and struck the winner two minutes from time. 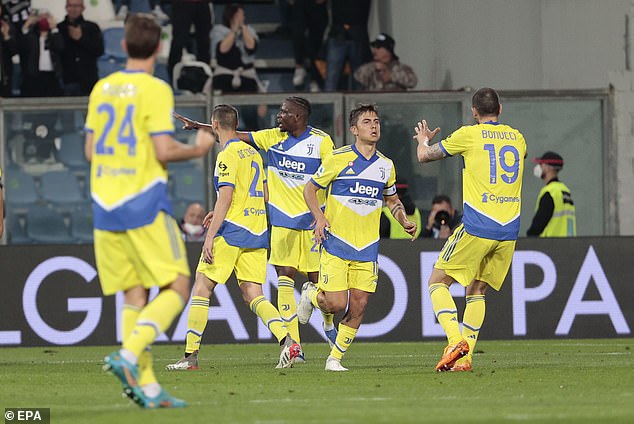 Juventus with his team-mates to give them a lifeline” class=”blkBorder img-share” style=”max-width:100%” /> 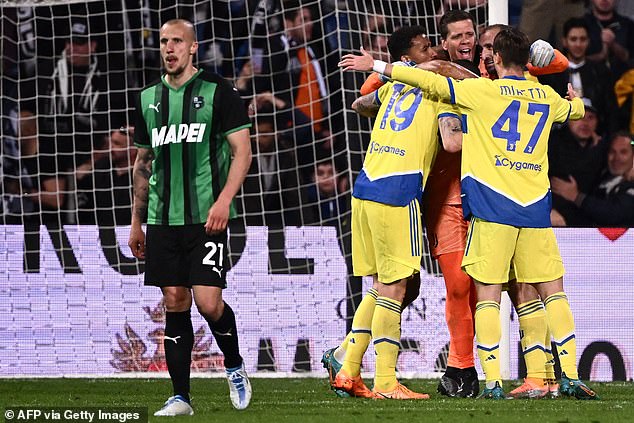 Juventus celebrated their late victory as they move a step closer to the Champions League” class=”blkBorder img-share” style=”max-width:100%” />