‘They’re so experienced…you just can’t shake them’: Michael Owen claims Real Madrid will see themselves as ‘favourites’ for Champions League semi-final second leg against Man City after battling 4-3 defeat at the Etihad

Michael Owen believes that Real Madrid will be confident of progressing to the Champions League final despite losing to Manchester City in the semi-final first leg.

After a scintillating 90 minutes of football, Los Blancos fell to a 4-3 defeat at the Etihad Stadium on Tuesday night.

City threatened to run away with the tie after going 2-0 up inside 11 minutes, but the Spanish side fought back to ensure that everything is still to play for at the Bernabeu next week. 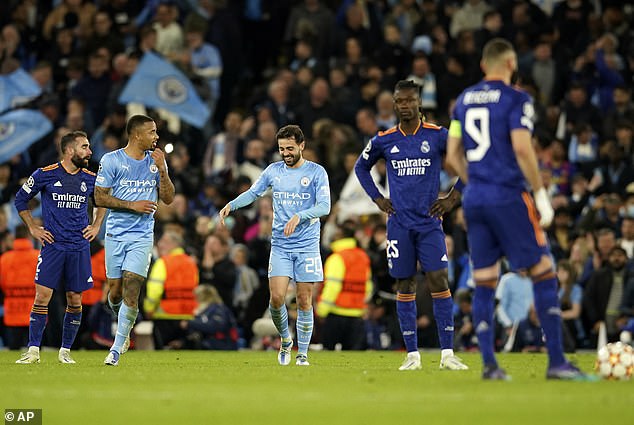 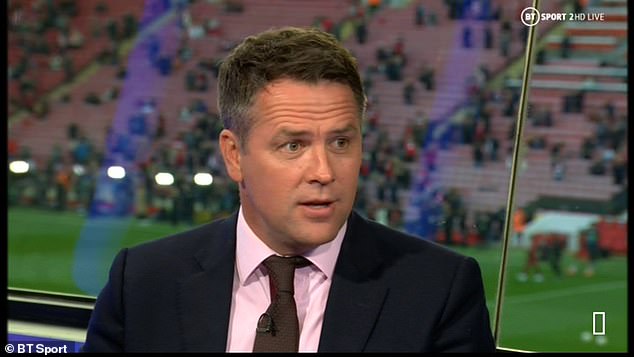 Real Madrid will see themselves as favourites in the second leg” class=”blkBorder img-share” style=”max-width:100%” />

Karim Benzema scored twice, including a superb Panenka from the penalty spot in the final 10 minutes.

‘[Real Madrid] are so experienced, they hang on and you just can’t shake them,’ Owen said on BT Sport.  ‘After 90 minutes of football, they go back to the Bernabeu, probably thinking ‘wow we’re the favourites here’.’

‘There’s something about Real Madrid this year, staying in games,’ fellow pundit Peter Crouch agreed. ‘Quite often they’ve been outplayed, but they’ve stayed in games, scored at the right times and got the job done.’

‘I think the Spanish media summed it up, Real Madrid came out of the Etihad still alive, still breathing,’ Rio Ferdinand added. ‘After the first 20 minutes, we thought it was dead and buried this game. I think the character of this team was there for all to see.’ 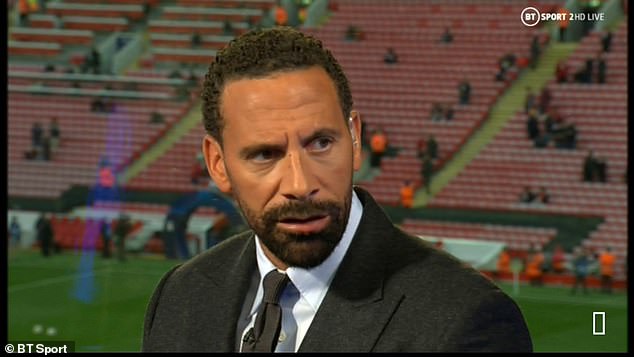 Rio Ferdinand also praised Real, saying ‘the character of this team was there for all to see’ 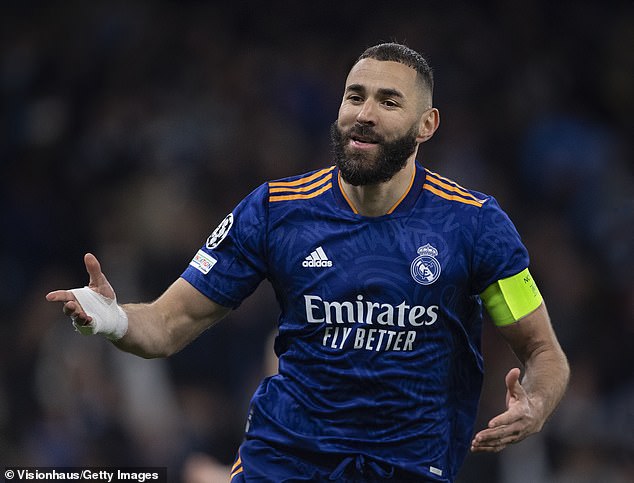 Carlo Ancelotti’s side have proved already in the Champions League this season that they are capable of overturning first leg deficits.

In the round of 16 against Paris Saint-Germain, they lost 1-0 away from home before coming back in the second leg and progressing 3-2 on aggregate.

However, the Spanish side have failed to make the final on each of the last five occasions that they have lost the first leg of the semi-final.