Marcus Rashford has promised to send an Arsenal Under 9s player another of his match shirts after the supporter had the original jersey stolen from them following Manchester United’s loss at the Gunners.

Along with team-mate Jesse Lingard, Rashford had pledged to give their shirts to members of the team after the game having spoken to an adult supervisor sat near the United dugout before the Red Devils’ 3-1 defeat on Saturday.

Having kept their word, both players responded post-match with members of Arsenal‘s young team looking excited when being handed the memorable match souvenirs by the players.

However, on Tuesday Rashford revealed that the young fan he had given his shirt to had reported it stolen, prompting the striker to ask his Twitter followers to help track down the young fan to hand him a new one.

Rashford appealed: ‘Someone’s only gone and snatched my shirt out of little man’s hands after I gave it to him. Can anyone help me find him so I can send him another one?’

It appears members of the social media platform came to Rashford’s aid as less than an hour later he reported back saying he had located the fan, tweeting: ‘Found him thanks all!’

Rashford has worked tirelessly to help youngsters all over the country in recent times. 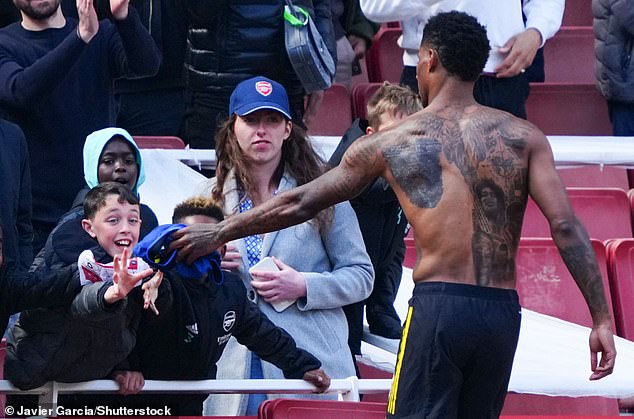 Arsenal‘s Under 9s team his match shirt after the game” class=”blkBorder img-share” style=”max-width:100%” />

Earlier this month, the 24-year-old forward collaborated with NatWest and the National Youth Agency to create a programme that offers some much-needed support and guidance for young people to develop a positive mindset around money.

The Thrive programme is going to be trialled at community centres this Easter ahead of a nationwide roll-out and one of those destinations is Rashford’s old club, Norbrook Youth Club in Wythenshawe, Manchester – where he recently visited to teach teenagers how to manager their money.

The forward has become a prolific anti-poverty campaigner over the last two years. 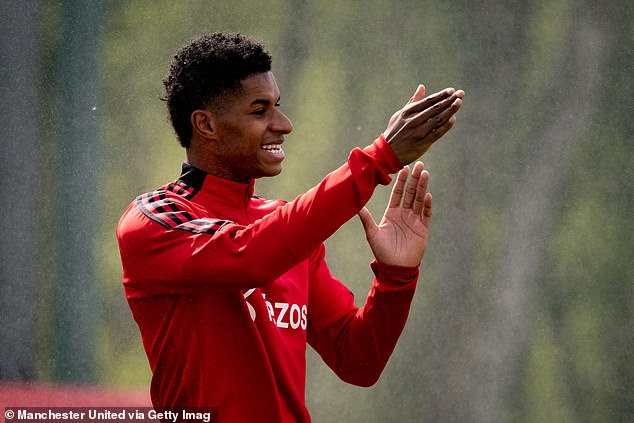 After locating the young fan, Rashford will now send him another of his match shirts

The Thrive programme follows other recent campaigns from the England international who famously forced the government into a U-turn by making them provide free school meals for disadvantaged children worth £170million.

He has spoken about his own experiences of using food banks and free school meals and is also involved in boosting childhood literacy.

His efforts to accelerate free school meal provision in England during holidays pressured the government into major policy changes in 2020.

Rashford’s off the pitch work saw him last year awarded a MBE by Prince William in recognition of his campaign to support vulnerable children during the Covid-19 pandemic. 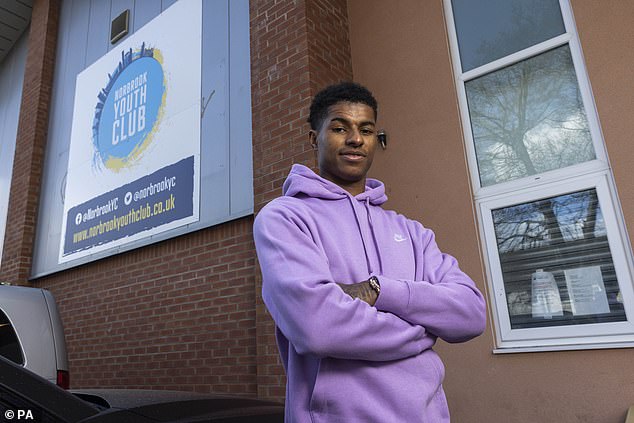 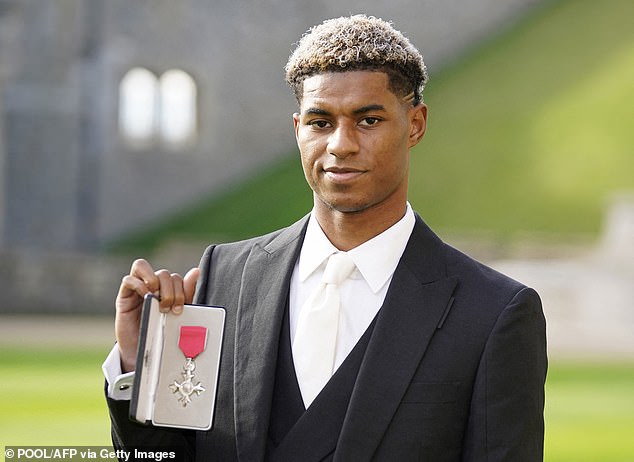 Rashford had earlier on Tuesday day cut a glum figure when arriving for training, with United’s defeat at Arsenal at the weekend close to ending their hopes of qualifying for the Champions League this season.

Pictured driving in along with other team-mates at Carrington, Rashford and fellow United stars are now preparing to face Chelsea in their next Premier League encounter on Thursday

Ralf Rangnick’s men have won just once in their last six games in all competitions in what is proving to be a turbulent end to the season ahead of new boss Erik ten Hag’s arrival from Ajax in the summer.