‘He is a legend… a world-class striker, our best finisher’: Jurgen Klopp piles the praise on Divock Origi after his match-winning cameo off the bench as Liverpool super sub scores against Everton yet again

By Dominic King for the Daily Mail

Origi was introduced in the 60th minute, after Liverpool had spent most of their time huffing and puffing, and his first touch was a return pass to Mohamed Salah, whose cross to the back post enabled Andrew Robertson to break the deadlock.

The Belgium international will leave Anfield this summer, having not played enough games to win a new deal, but he will go, most likely to AC Milan, on a high after scoring his sixth goal in nine appearances against Everton – only Steven Gerrard (nine) has more in the Premier League era. 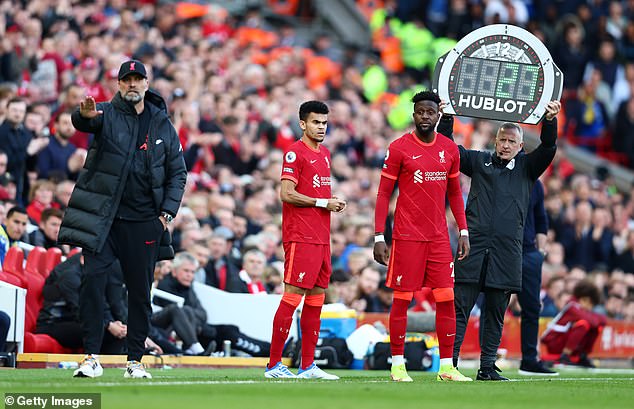 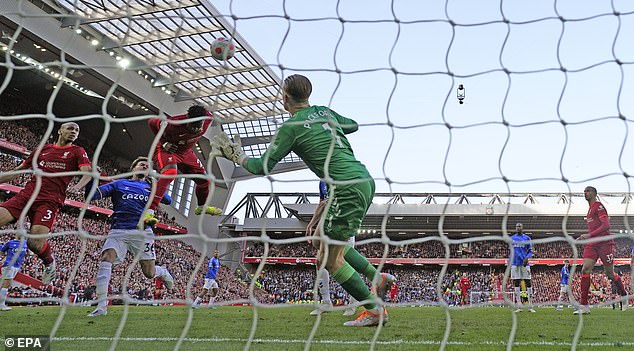 Having played a part in the first, striker Origi notched his sixth Merseyside derby goal

Klopp said: ‘He is a legend on and off the pitch. He is fantastic footballer for me, he is a world-class striker, our best finisher, he always was and everyone would say the same. He does it in training and then not in squad and that is really hard, a really hard decision to make.

‘The boys all are responsible for the situation we are in. Everybody loves Div and rightly so. He was again very decisive.’

Origi, as his way, was very understated in his own appraisal. As a man whose goals helped Liverpool win the Champions League in 2019, his place in the affection of supporters is beyond question and he said: ‘We just worked hard for the three points and we have got a lot to look forward to.’ 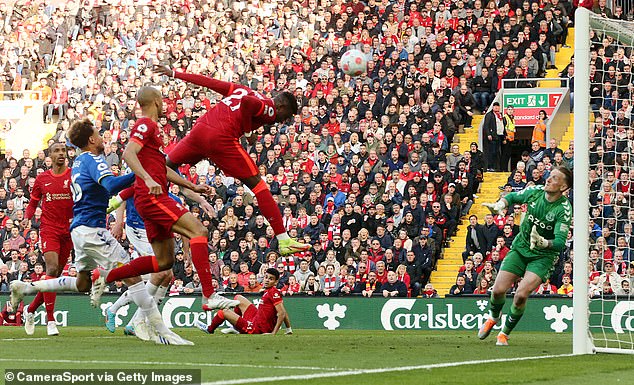 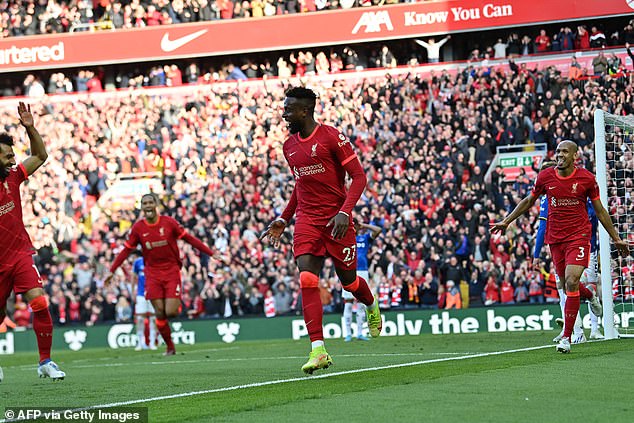 Liverpool kept running down blind alleys in the opening 45 minutes but Origi and Luis Diaz gave Everton something different to think about and, ultimately, the injection of quality proved to be the difference.

The German added: ‘They did what substitutions should do, really happy with their impact, Boys came on with the right mind-set. Divock was involved in the goals and that helps especially when you play against such a low block. We were not good in the first half.

‘Half time it is 0-0 you have a good chance to improve and that is what we did and we won. The situation in the table is clear to us, if you want to win the game, you have to change things. We tried to adapt the game as well in the protection, Anthony Gordon was in behind a couple of times.

‘We told Trent to play a bit deeper so we knew where the threat is coming from, that is how it is but in football if you don’t take risks… it was easy to improve from the first half.’ 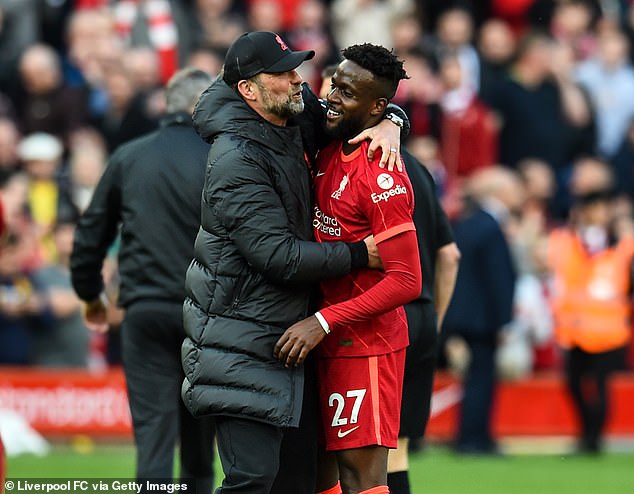