By Dominic King for MailOnline

Liverpool are on the verge of their tenth appearance in a European Cup final – but Jurgen Klopp warned his high-flyers they must remain on high alert.

Second half goals from Jordan Henderson and Sadio Mane, which came in the space of 133 seconds, put Liverpool firmly in control of their semi-final against Villarreal on a raucous night at Anfield.

But Liverpool boss Klopp was quick to rein in any ideas they have as good as booked a date in Paris next month against Manchester City or Real Madrid, stressing that Unai Emery’s obdurate team have it within them to inflict maximum damage. 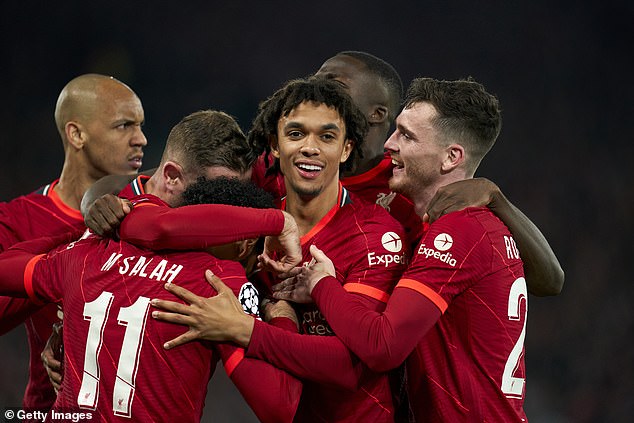 ‘It’s 2-0 at half-time. This is the best example of a score when you have to be completely on alert. We will have to be 100 per cent in the right mood and play the second leg in exactly the same way we played the first.

‘The score is fine but we are not through. I looked at Villarreal and the way they were organised was a lesson for me. But we should not forget that we are good as well. It will be difficult, of course, in Villarreal. 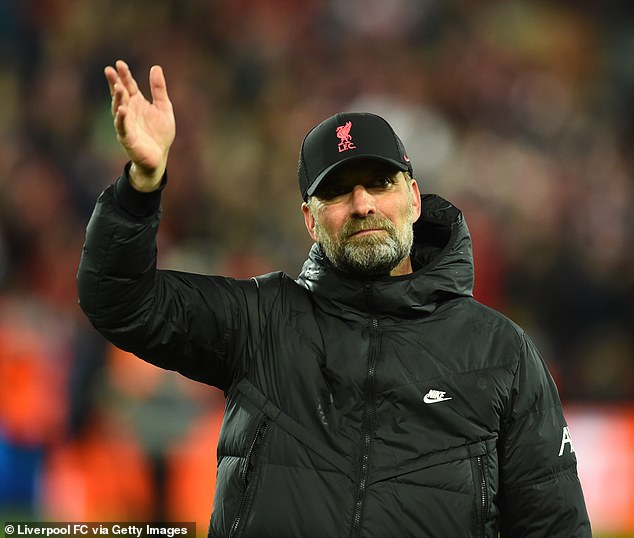 Victory maintained Liverpool’s outstanding form and if they are to go all the way in this competition, it will mean they will play nine games in 31 days – culminating in Paris, the city where they won the third of their six European Cups in 1981, beating Real Madrid.

The highlight of Liverpool’s performance was the patience they showed at times when Villarreal defended on the edge of their penalty area. Key to it all was the influence of Thiago Alcantara, who was UEFA’s Player of the Match. 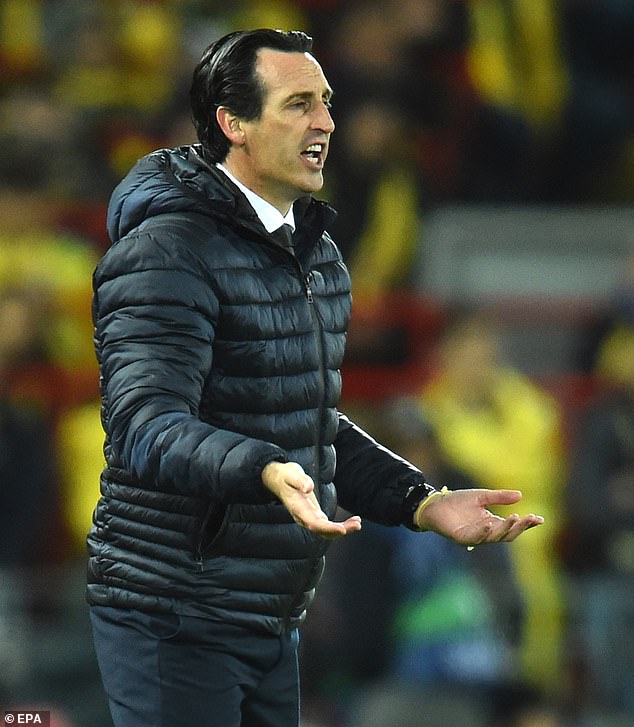 ‘It is not just about patience, we were trying to figure out where are the games and the opportunities to score,’ Thiago said. ‘In the second half it came. We created the chances we wanted to and at the end we are fine with the score.’

Villarreal boss Emery acknowledged that Liverpool were the better team but urged them to be prepared for a fight in six days.

‘I want to play, I want to be involved, I can’t wait to get the game underway,’ said Emery. ‘I want you to see we can take the game to them and we are capable of giving them a game.’