Jamie Carragher responded to reports of Jurgen Klopp u-turning on his decision to leave Liverpool in 2024 by posting a hilarious meme of Southampton boss Ralph Hasenhuttl celebrating on the touchline.

Klopp has previously outlined his intention to wave goodbye to Anfield when his current contract expires, saying as recently as March: ‘that will be me, thank you very much.’

Yet after being revitalised by their hunt for an unprecedented Quadruple, Fenway Sports Group are now aware that the German may be prepared to extend his stay beyond 2024. 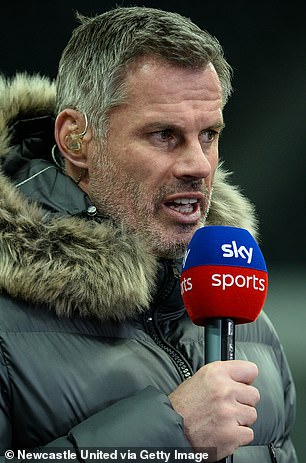 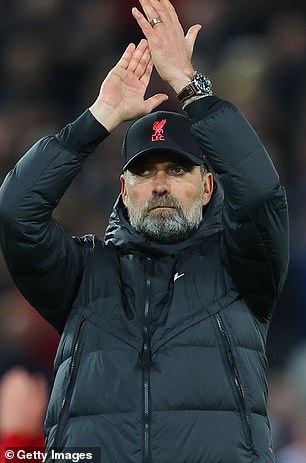 Reds fans have reacted jubilantly to the news that their Premier League and Champions League winning boss could commit his future to the club , including Kop hero Carragher.

The former defender tweeted a popular meme of Hasenhuttl sprinting down the touchline in celebration before refraining himself by putting his arms out and wrote: ‘#klopp thinking about signing a new contract!’

Liverpool supporters also posted memes of their own to laud Klopp’s reported change of heart, with one showing WWE CEO Vince McMahon falling back into his chair in bewilderment.

Others included Steve Carrell’s famous ‘Everybody stay calm’ scene on the US Office and Reds legend Steven Gerrard celebrating into a TV camera. 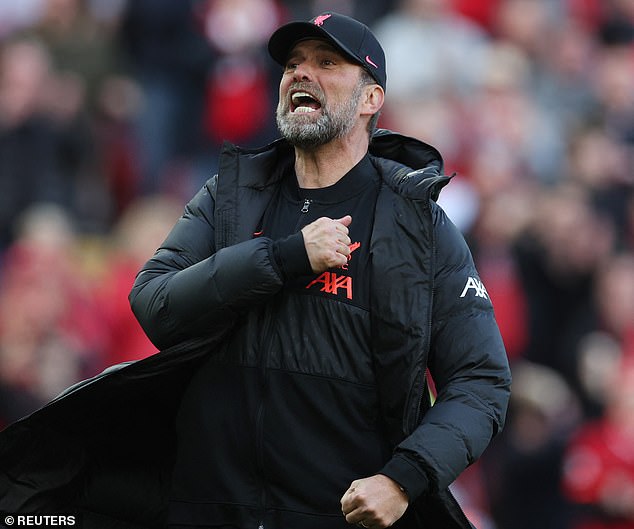 Klopp has previously expressed his desire to leave Anfield when his contract expires in 2024, but after being revitalised by their Quadruple bid that could now change 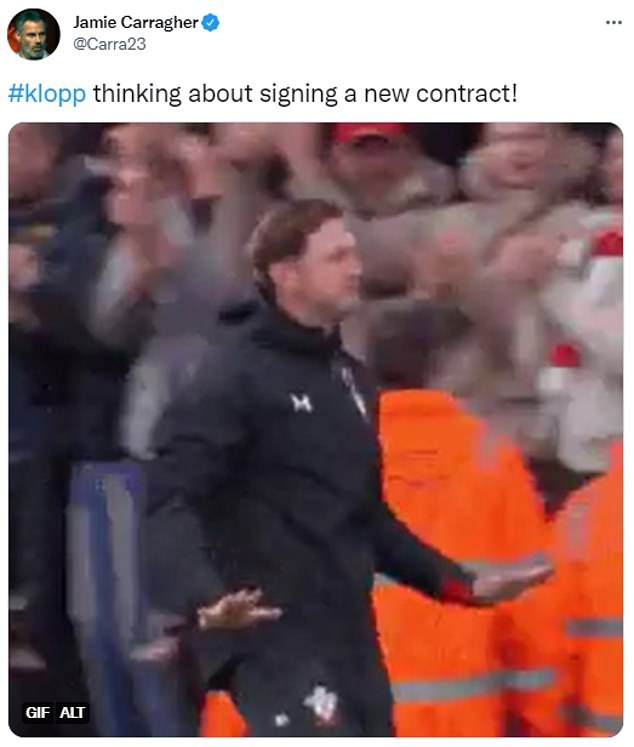 However, talk of Klopp’s apparent u-turn comes as bad news for rival fans, who tweeted slightly contrasting memes on Thursday.

One from a Man City fan showed an angry Carrell in The Office saying: ‘We are screwed.’

Klopp has enjoyed great success since taking the Anfield reins in October 2015, guiding Liverpool to the Europa League final, two Champions League finals, winning one of them, and also capturing the Premier League crown in 2019/20.

This season he could become the first manager in English football history to win all four major trophies; with the Carabao Cup already in the bag, an FA Cup final clash with Chelsea to come next month, a Champions League final appearance likely on the cards and the Premier League title race going down to the wire.

On Wednesday night they took a huge step towards a fourth European showpiece under Klopp by beating Villarreal 2-0 in the first leg of their Champions League semi-final battle.

Pervis Estupinan’s own goal gave Liverpool the lead eight minutes after half-time, before Sadio Mane doubled their advantage two minutes later to put them firmly in control of the tie.