Jose Mourinho has paid his respects to the late owner of Leicester City Vichai Srivaddhanaprabha, who died in a helicopter crash in 2018.

Mourinho’s Roma team are set to play Leicester in the first leg of their UEFA Europa Conference League semi-final at the King Power Stadium on Thursday night.

And the manager took time out on the eve of the game to lay a wreath of flowers at the statue dedicated to the Thai businessman outside the stadium. 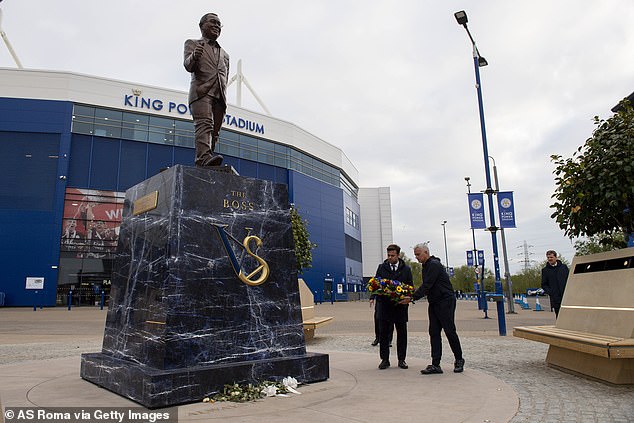 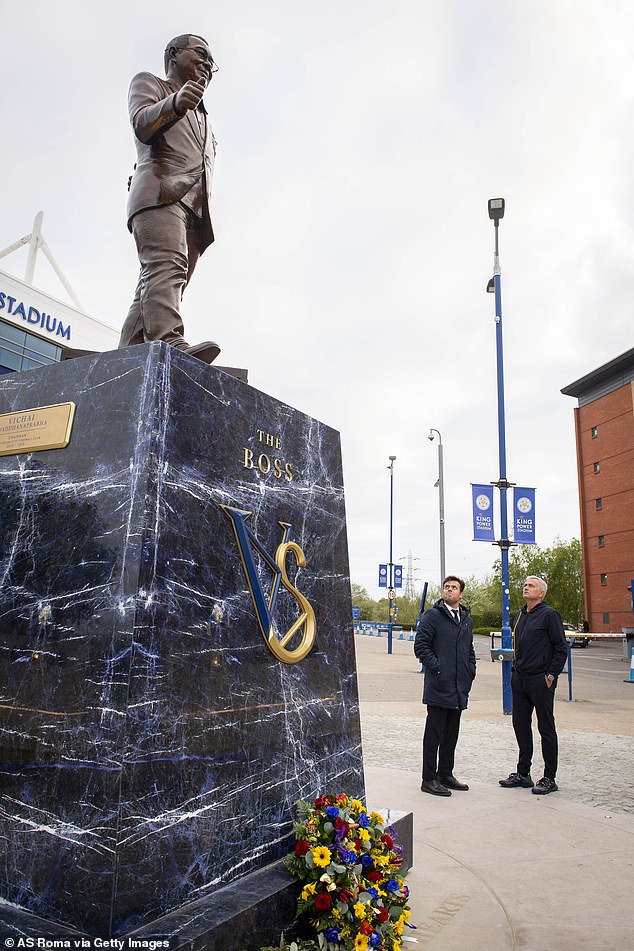 Srivaddhanaprabha, the founder of the King Power duty free empire, purchased Leicester, then a Championship club, alongside his son Aiyawatt in August 2010.

They famously won the Premier League title in 2015-16 having started the season as 5,000-1 outsiders.

But he was one of five victims of the helicopter crash outside the King Power Stadium following Leicester’s home match against West Ham in October 2018.

The helicopter lost control shortly after taking off from the pitch and came down in a fireball in one of the stadium car parks.

Tributes poured in for Srivaddhanaprabha from right across the world of football in the days following the fatal accident. 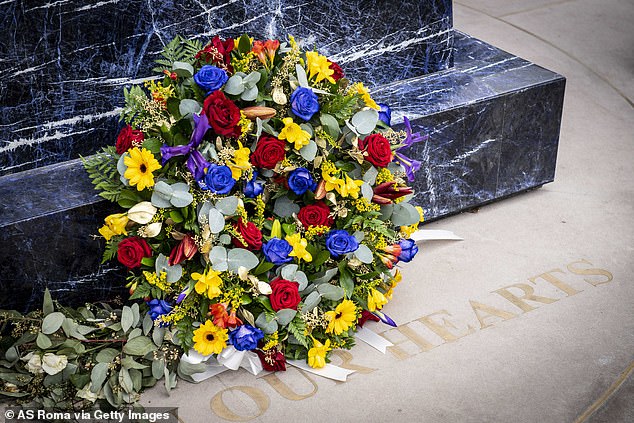 Roma are in Leicester for the semi-final, first leg of the Europa Conference League on Thursday 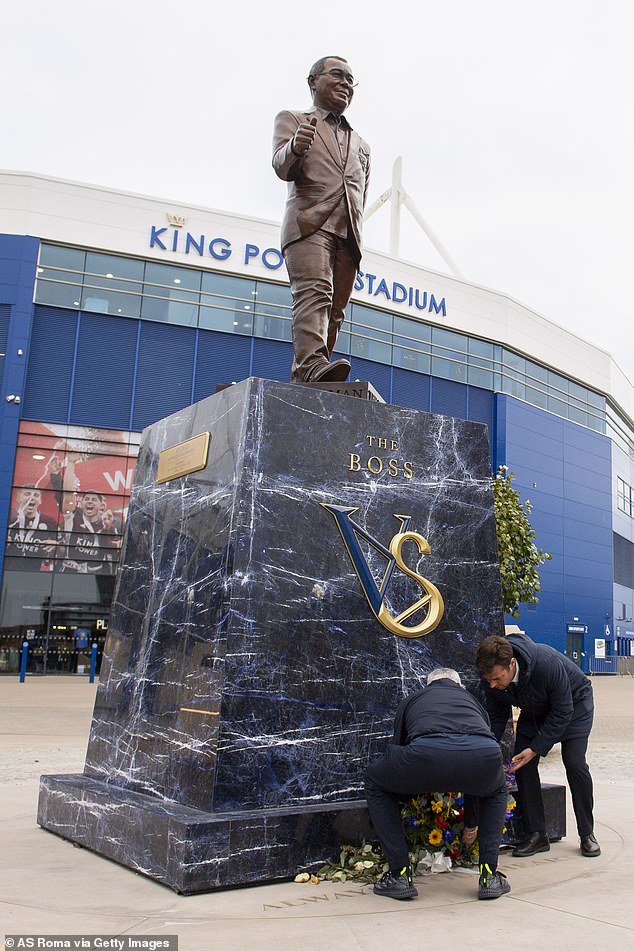 Roma’s social media account posted a video of Mourinho laying the flowers captioned: ‘A moment of remembrance on the eve of a big game for both of our clubs.’

The statue of Khun Vichai was unveiled at an emotional ceremony at the stadium three weeks ago on what would have been his 64th birthday. 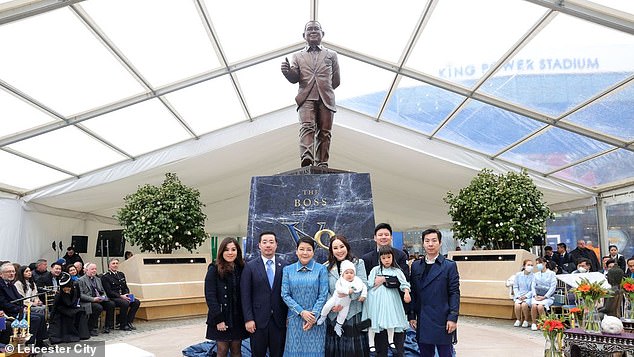 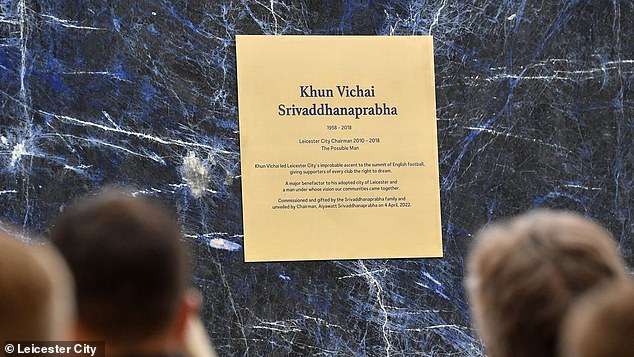 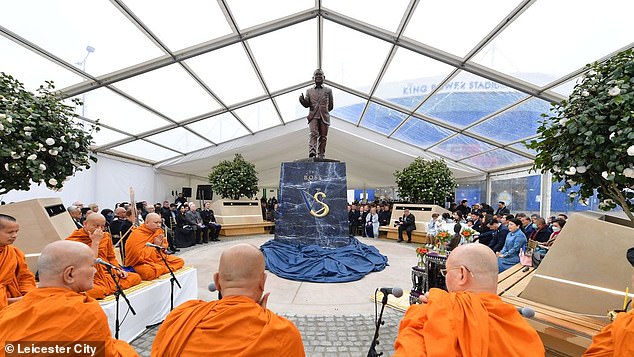 The statue is 2.7m high, standing on a 2.5m plinth bearing the logo of the Vichai Srivaddhanaprabha Foundation

Leicester, who are now run by Vichai’s son Aiyawatt, are aiming to reach their first-ever European final in the new third-tier competition having won the FA Cup for the first time last season.

If they overcome Roma in the semi-finals, they will face either Feyenoord or Marseille in the final, which will be staged in Tirana, Albania.