Inter Milan 2-0 Hellas Verona: Inter keep pressure up on AC Milan with win at home as title race in Italy hots up ahead of crucial weekend at the top

Defending Serie A champion Inter Milan moved within one point of league leader and city rival AC Milan with a 2-0 win against Hellas Verona on Saturday.

Ivan Perisic set up both first-half goals for Nicolo Barella and Edin Dzeko.

Milan visits Torino on Sunday. Both Milan teams have played the same number of games as Inter still has to play a postponed match against Bologna. Napoli, which hosts Fiorentina on Sunday, is level on points with Inter. 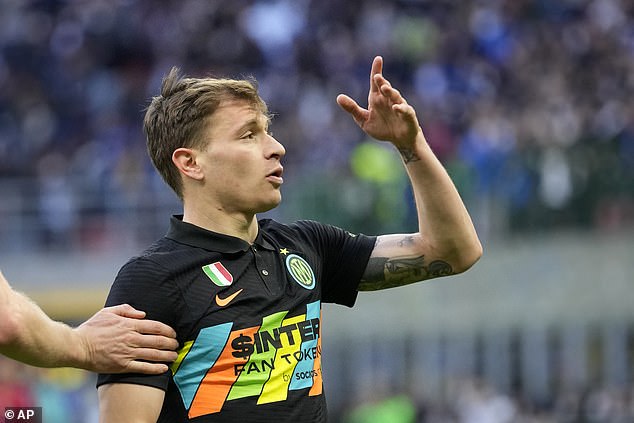 Inter was buoyed by a 1-0 win at Juventus last weekend but without its top scorer against Verona as Lautaro Martinez was suspended.

Perisic almost scored in the 18th minute but Verona goalkeeper Lorenzo Montipo pulled off a fantastic save to deny the Inter forward.

However, the Croatia international set up the opener four minutes later as he raced down the left flank from the halfway line and crossed for Barella to fire into the roof of the net. 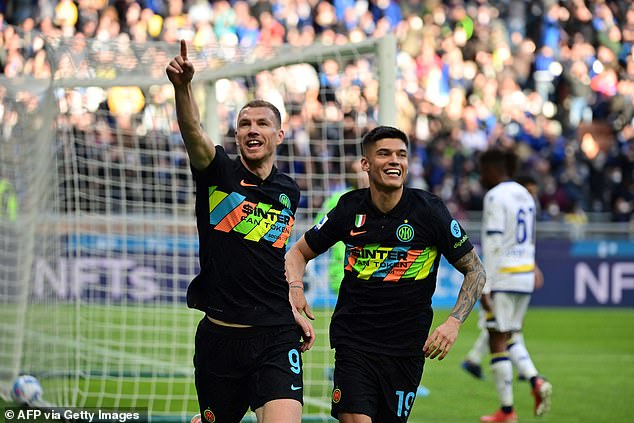 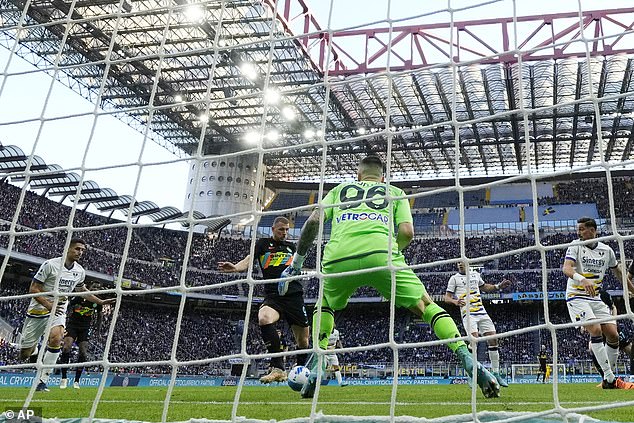 Inter doubled its lead in the 30th minute when Perisic headed on a corner for Dzeko to drive into the bottom left corner.

It was the 36-year-old Dzeko’s 17th goal of the season in all competitions.

Verona had chances to get back into the match but was prevented from doing so by a mix of wayward finishing and fine saves from Samir Handanovic.

Inter almost scored a third in the 73rd minute but Montipo pushed Danilo D’Ambrosio’s effort onto the post.