EUROPA LEAGUE ROUND-UP: Real Betis own goal dumps the Spanish side out of the tournament in extra time, Lyon scrape through against Porto and a draw is enough to see Sporting Braga knock out Monaco

By Isabel Baldwin For Mailonline

Eintracht Frankfurt enjoyed a dramatic late win over Real Betis, who are challenging for Champions League qualification in LaLiga.

The Spanish side trailed 2-1 from the first leg in Seville but Borja Iglesias thought he had given them a lifeline when he scored in the 90th minute to force extra time.

But Betis’s own midfielder Guido Rodriguez put the ball in his own net in the 121st minute of play to hand the German side the win. 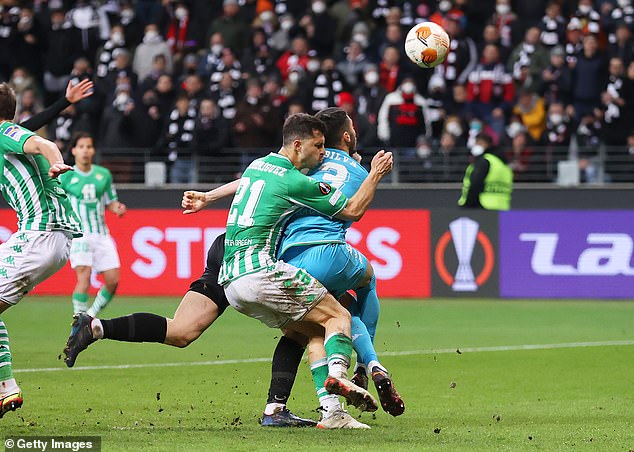 A 1-1 draw was enough for Sporting Braga to knock Monaco out of the tournament after a 2-0 win in the first leg.

Abel Ruiz opened the scoring for the Portuguese side in the first half, while Axel Disasi’s 90th-minute goal was a mere consolation for the hosts.

Lyon scraped through against Porto as Moussa Dembele’s goal put them ahead in the second leg, before defender Pepe equalised on 27 minutes.

But the Ligue 1 side’s 1-0 advantage from the first leg proved enough to put them ahead. 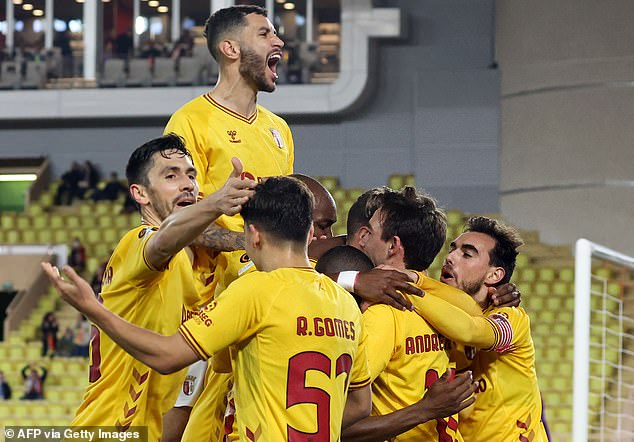 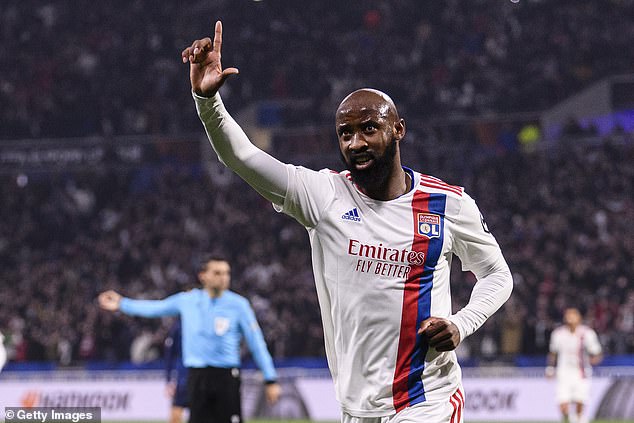 Meanwhile, Atalanta secured a narrow 1-0 win to dump Bayern Leverkusen out of the tournament.

Jeremie Boga scored in added time to take the Italian side’s score to a commanding 4-2 on aggregate.

Elsewhere, West Ham, Barcelona and Rangers all booked their places in the quarter finals, while Spartak Moscow’s scheduled game against RB Leipzig did not go ahead due UEFA’s decision to ban Russian clubs from tournaments.