TOM COLLOMOSSE: Jose Mourinho is back to his confident and confrontational self having regained his appetite… as he attempts to make Roma the first winners of the Europa Conference League and end Leicester’s dreams

By Tom Collomosse For The Daily Mail

Back in England as a competitor for the first time since he was sacked by Tottenham, Jose Mourinho has regained his appetite for the fight as he tries to end Leicester’s dreams of a first European trophy.

Nearly two decades after leading FC Porto to the UEFA Cup, Mourinho is attempting to make Roma the first winners of the Europa Conference League.

When Mourinho departed Spurs he looked diminished but judging by his remarks in recent weeks, the confident, confrontational Jose is back. 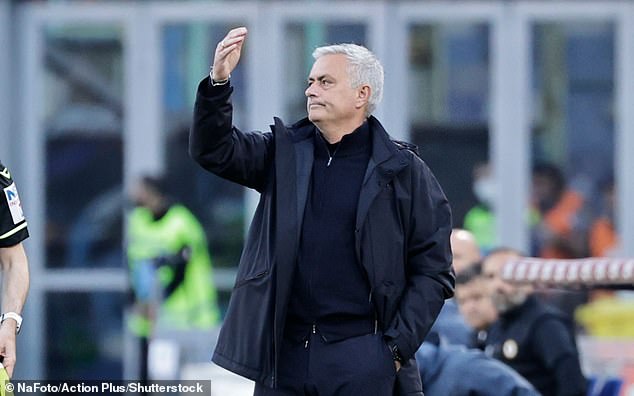 The confident, confrontational Jose Mourinho is back as he attempts to make Roma the first winners of the Europa Conference League

‘I had the sensation it would be difficult, if not impossible, to leave here with a positive result,’ said Mourinho after his side’s 1-1 draw at Napoli on April 18, expressing fury at referee Marco Di Bello. ‘Roma demand the right to be allowed to try to win games. At times, I felt ashamed.’

This was vintage Mourinho. A week later, after Roma’s 12-match unbeaten run ended in a 3-1 defeat at Inter Milan, he fired another barb. ‘Well done to the referee, Simone Sozza. If he’d have been in charge at Napoli, we’d have won.’

Three days before the Rome derby against Lazio in March, Mourinho made fun of Lazio coach Maurizio Sarri’s smoking habit. ‘Tonight we had to play in the Europe while Lazio were at home smoking cigarettes with Sarri,’ he sniped. 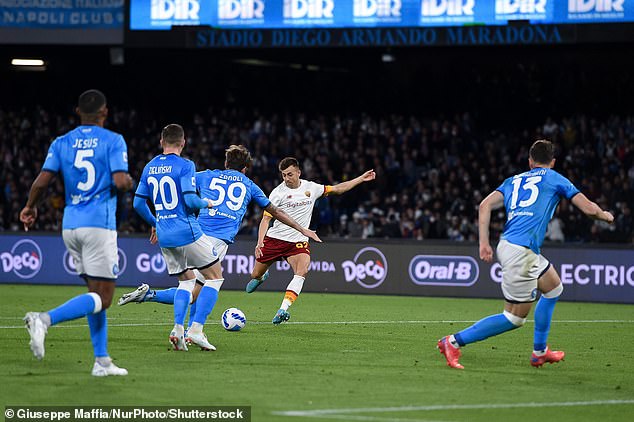 Mourinho was not quite so chipper last October. The early-season bounce had long since fallen flat and his team had been beaten 6-1 by Bodo Glimt, one of the worst results in their history. There was even talk that Mourinho – greeted as a hero by supporters when he took charge in the summer – could depart. Had that happened, it would surely have been the end for the 59-year-old’s top level career.

Following that slump, however, Mourinho showed the decisiveness of old. He brought the best from Tammy Abraham, the £34million signing from Chelsea who has scored 24 goals this season, and gave opportunities to youngsters like Nicola Zalewski, Edoardo Bove and Felix Afena-Gyan.

The switch to a back three brought greater solidity and helped Roma to fifth in Serie A, with a strong chance of securing qualification for next season’s Europa League.

The Englishmen have been important, too: along with Abraham, former Manchester United defender Chris Smalling has made 33 appearances, and on-loan Arsenal man Ainsley Maitland-Niles 10. 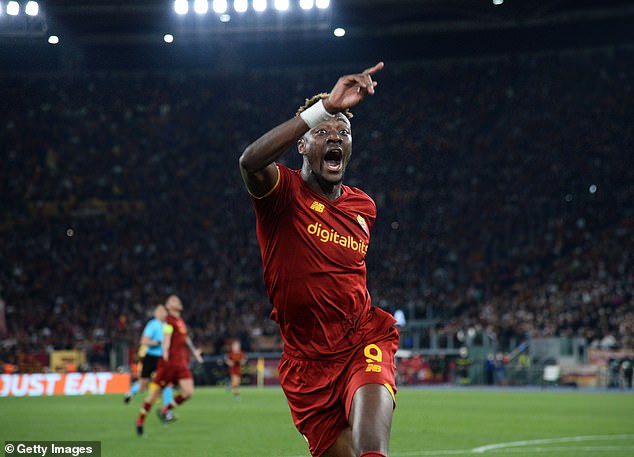 Yet Mourinho’s most important work has been off the pitch. His appointment immediately galvanised a disillusioned fanbase who had not seen their team lift a trophy since they won the Italian Cup in 2008.

The good form in 2022, including the run to the last four of the Conference League, has spirits soaring in Rome, and the second leg against Leicester at the 73,000-capacity Stadio Olimpico is a sell-out.

Unlike in his final days at Chelsea and Manchester United, Mourinho has a united squad behind him, demonstrated by the number of late goals Roma have scored this term, and the fact the players regularly on the bench have not disrupted the mood. 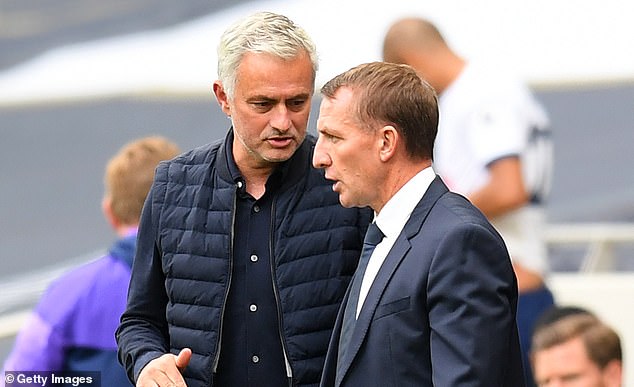 Even though he may no longer be the all-conquering mastermind who led Inter Milan to their historic treble in 2010, Mourinho remains a serious operator – as Leicester boss Brendan Rodgers knows better than most.

Rodgers was part of the coaching staff at Chelsea during Mourinho’s first spell at the club and will always be grateful to him.

He said: ‘He was brilliant in so many aspects. He has nothing to prove and is one of the greats of management. We will have to be at our best to reach the final.’