It was Mikel Arteta’s attempt to make a slightly early departure from the Emirates after the 2-0 win over Leicester City last month which provided a glimpse of what the club seems to be returning to.

The Audi he was driving up Hornsey Road was besieged, presaging a rapid two minutes of autographs before the traffic light ahead changed and he moved on.

The smile on his face reflected the mood of an afternoon in which his young, substantially English side had displayed something frequently overlooked in football. Contentment. 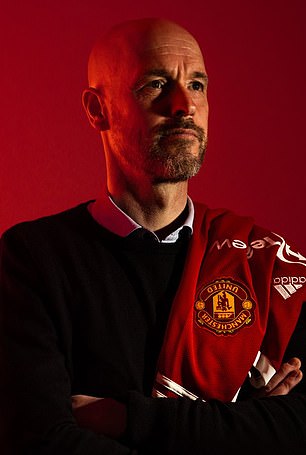 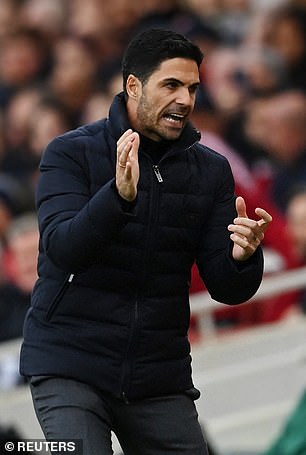 ‘They are having a good time together,’ Arteta had said before leaving. ‘If that is not the case, we as coaches should go somewhere else as we are doing something wrong.’

The ridiculous nature of the chase for fourth has made the subsequent five weeks bumpy, with three defeats in four. But when Erik ten Hag tunes into his own new club’s game at the Emirates on Saturday, Arsenal will offer a glimpse of a direction of travel.

They, like United, have journeyed through the depths of a wild player acquisition policy — throwing the house at Nicolas Pepe, Mesut Ozil and Pierre-Emerick Aubameyang.

Racking up a squad which 12 months ago was valued at £616milion, earned an average of £104,000 a week, and yet had managed just 35 goals in 27 matches. But they have emerged from the madness. 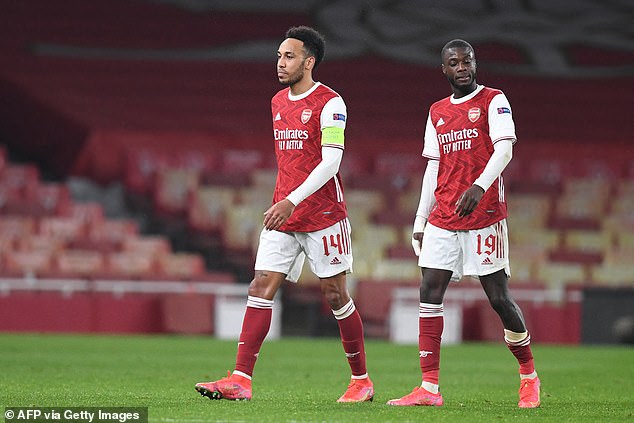 Three days ago, they won 4-2 at Chelsea with a starting line-up which included six English players whose average age was 23 years and two months and who cost Arsenal a collective £80m, including three of their own academy graduates.

Enough to make Ten Hag flinch when he considers the near £400m transfer fees lavished on a United team, including two graduates, humiliated at Anfield.

No one will deny Arsenal have weaknesses. Though the courage to part company with Aubameyang this winter was welcome, the failure to bring in Dusan Vlahovic from Fiorentina — or any alternative — has left the side short of goals. But that kind of method and plan has been missing from United.

There is some irony in the fact that Arsenal have had to bring in an outside agency — ‘People Made’ — to help them develop a coherent culture. But in a footballing sense, it does exist. 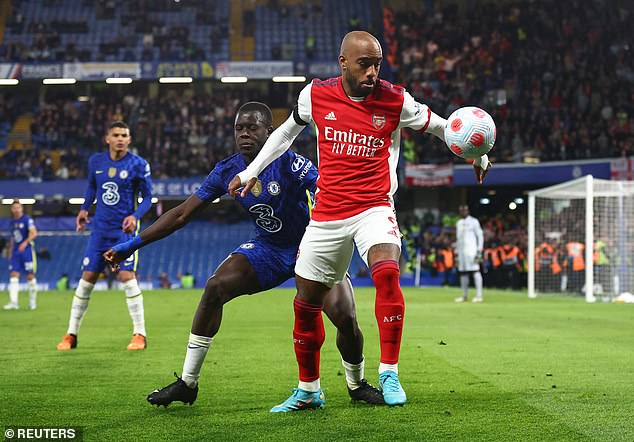 Alexandre Lacazette, out of contract this summer, will probably join the procession

Arteta is more austere with those who do not cohere to his agenda than is generally appreciated. It’s why older players are leaving. Alexandre Lacazette, out of contract this summer, will probably join the procession, even though a contract offer is likely to be made.

There’s an inevitability about a manager who is himself only 40 having a better relationship with younger players, like Bukayo Saka and Emile Smith Rowe.

His commitment to them this season has made them the first under 21 duo to register 10 goals apiece in a top-flight English season since Wayne Rooney and Cristiano Ronaldo achieved the feat for United in 2006-07.

Sportsmail‘s Martin Keown provided an insight on these pages on Friday of how the development of a group of home-grown contemporaries affects a team: ‘You gain a love for the club when you’re in the academy and an appreciation for what these matches mean.’ 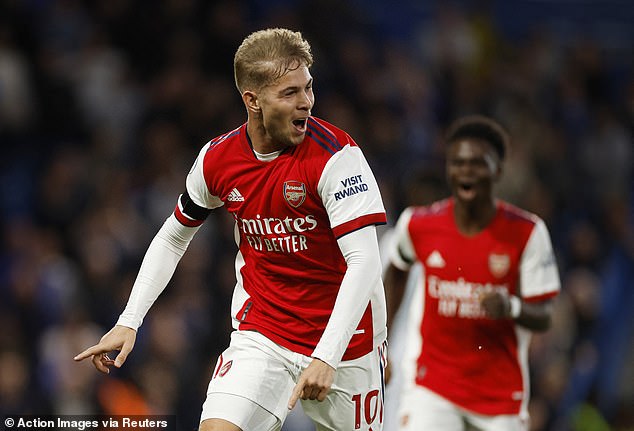 Arteta has a better relationship with younger players, like Bukayo Saka and Emile Smith Rowe 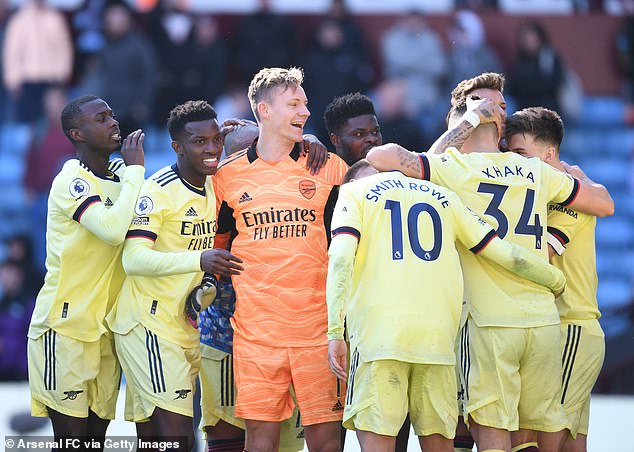 There have been moments this season when that has been vividly clear. The celebrations on the field after the 1-0 away win at Aston Villa, for example.

‘You saw the way they celebrated,’ said Villa’s disgruntled Ashley Young after Bernd Leno was mobbed by team-mates and Saka ventured into the crowd to give away his shirt. ‘To be honest, it was like they’d won the league.’

Eddie Nketiah’s two goals at Chelsea were, to some extent, scored in anger at Arteta’s reluctance to make him a big part of this story.

Arsenal have not given up all hope that they can keep him beyond a contract which expires this season.

If not, Everton’s Dominic Calvert-Lewin is a target — and seems to be intrigued by the idea — though 22-year-old Swede Alexander Isak, the Real Sociedad forward, appears a marginally more likely signing. As does Southampton’s 19-year-old English right back Tino Livramento, who came through Chelsea’s academy. 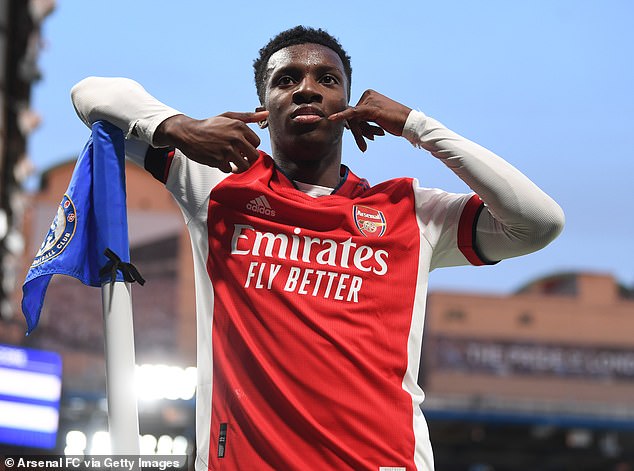 Striker Eddie Nketiah’s two goals at Chelsea were, to some extent, scored in anger

Arsenal’s targets, including a renewed bid to take Juventus midfielder Arthur Melo on loan, will depend on qualification for the Champions League after six years. The prolonged injuries to Thomas Partey, through whom so much of their football flows, and Kieran Tierney weighs against that happening.

As does the side’s relative lack of experience, which explains the lack of ice-cold psyche when they have been chasing games. But there is optimism.

‘I wanted to build a winning team that was also financially sustainable and that could transmit the values, the identity and the passion that the club has had over the years,’ Arteta said, in an interview marking his 40th birthday last month.

His words encapsulated what Ten Hag will aspire to. Arsenal are on that road. 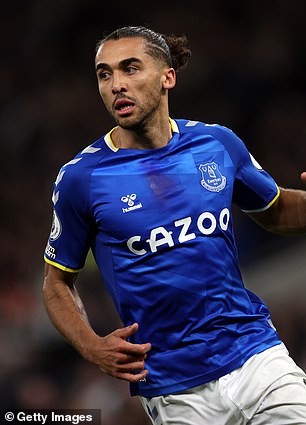 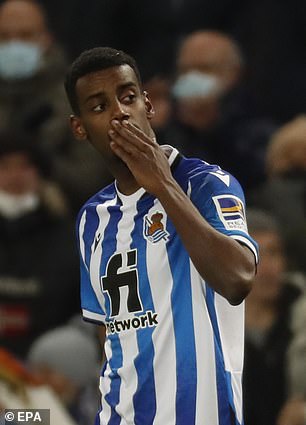