‘Not only the fans, but the team and the club are fed up with the whole circus’: Ex-Liverpool and Bayern Munich star Dietmar Hamann claims Borussia Dortmund will be BETTER without Erling Haaland if he quits side this summer

By Abdi Rashid For Mailonline

Dietmar Hamann believes Borussia Dortmund will better off without Erling Haaland, ahead of the strikers’ expected departure this summer.

As revealed by Sportsmail earlier this week, Manchester City ‘s pursuit of the 21-year-old has taken a significant step forward, with the club agreeing terms with the player’s representatives.

Former City, Liverpool and Bayern Munich midfielder Hamann says the deal will suit both parties and Dortmund will continue to score goals even if Haaland leaves, having been ‘disrespectful’ to the Bundesliga club.

In an interview with German outlet Bild, Hamann said: ‘I think that not only the fans, but also the team and the club are fed up with the whole circus.

‘At BVB, players will score goals even without Haaland. That has always been the case. I actually think it will help Dortmund in the short or medium term if Haaland is no longer there.’

Hamann was also critical Haaland’s body language this season, claiming he has been ‘disrespectful’ through some of his antics.

‘He drew a lot of attention to himself. Then he did his lap of honour in front of the Sudtribune alone in the winter. His gestures, his waving off and his body language have been disrespectful at times,’ the 48-year-old added. 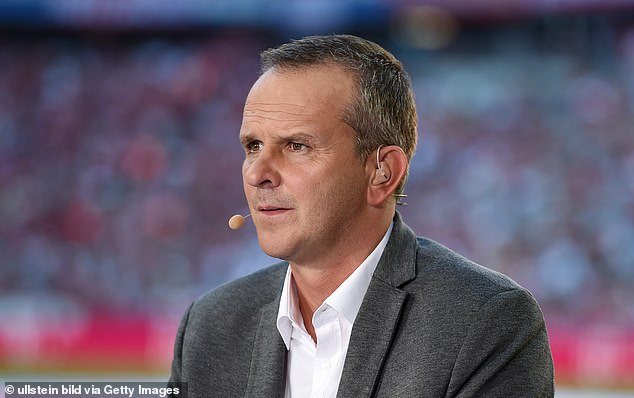 ‘He missed a lot of games and you also have to remember that BVB also suffered defeats with him. That’s why I think Haaland is better off elsewhere. And I also believe that Dortmund will benefit from the money they will get for him.’

‘Without Haaland there is also a huge opportunity. Maybe a Malen will blossom, for whom it has not been easy to score goals next to Haaland. I believe that BVB, with the players they’ve already brought in, will be better without Haaland next season than with him.’

It’s believed that a suitable financial package – which would make Haaland the Premier League’s highest-paid player on more than £500,000 a week – has been given the nod by Pep Guardiola’s team. 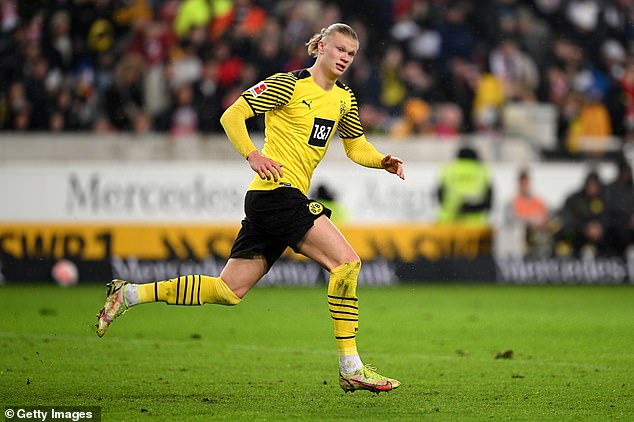 City are now expected to trigger the striker’s £63million release clause at Borussia Dortmund and, if all goes according to plan, what is likely to be a five-year deal should be sealed in the next week or so.

Should the deal go through, Haaland could make his bow in City colours in the United States, with the club looking at crossing the Atlantic to play two friendlies in July.

Despite being plagued by a number of injuries this term, the Norway international has managed to keep his impressive goalscoring record going – with 25 goals and eight assists in 26 appearances across all competitions.