‘He needs to discover the monster in him’: Chelsea boss Thomas Tuchel urges Ruben Loftus-Cheek to ‘push himself to the limit’ and ‘play every match like a final’… insisting it is not enough for the midfielder ‘just to be on the pitch’

By Kishan Vaghela For Mailonline

Thomas Tuchel has called on Chelsea midfielder Ruben Loftus-Cheek to play every game for the club ‘like a final’, insisting he cannot think simply being on the pitch is sufficient in itself.

The German boss set the 26-year-old targets in the build-up to the FA Cup semi-final against Crystal Palace earlier this month, urging him to ‘trust himself’ and gain ‘confidence physically’.

Loftus-Cheek went on to score the opener in the 2-0 victory against Patrick Vieira’s men at Wembley, but then struggled to have an impact in the defeat by Arsenal last week and the weekend’s victory at Stamford Bridge against West Ham. 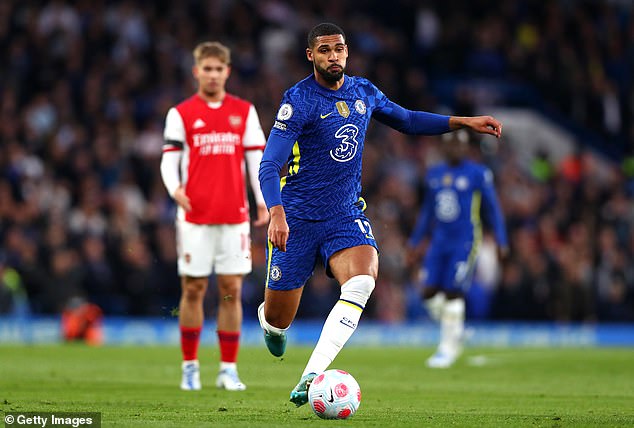 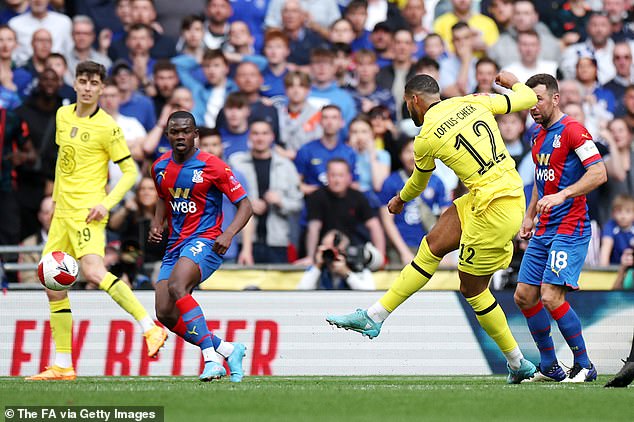 Now asked how he saw Loftus-Cheek – who has made 34 appearances across all competitions for the Blues this season having played both central midfield and right wing-back – after setting him the challenge, Tuchel said ahead of Thursday’s match against Manchester United: ‘More or less the same.

‘He needs to push himself to the limit. He had a bit of shy game like everybody else against Arsenal and not such a good half against Crystal Palace but stepped up in the second half in dribbling and ball recoveries and suddenly the crowd was there.

‘In general he is a shy and calm person but he needs to discover the monster in him and unleash this on a regular basis. It is necessary.

‘It is not enough to just be on the pitch, it might seem a good first step given his last years but we cannot let him think that is enough. 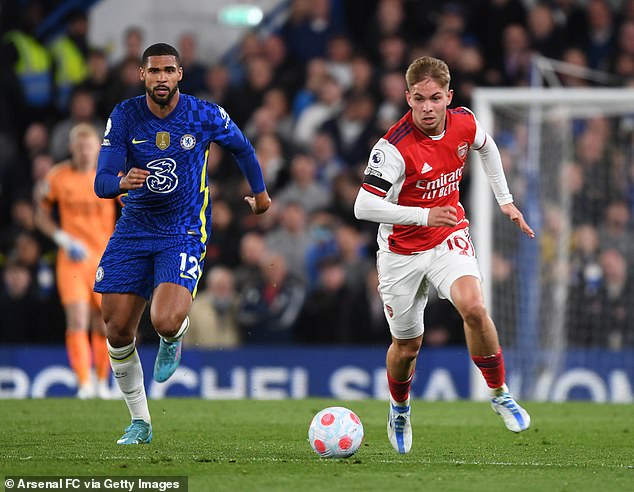 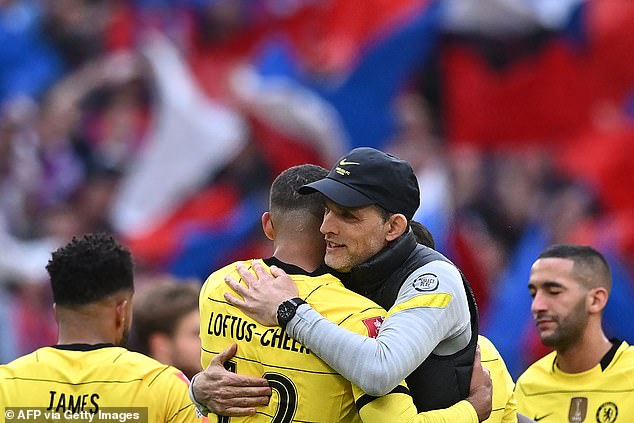 ‘We try every day and I think we are successful given his development. He needs to understand his potential and his physical capacity every day in training, he cannot let loose. He needs to play every match like a final.’

Tuchel also called on Loftus-Cheek’s team-mate Reece James to become a regular for the Blues by playing in 50 to 60 games a season.

But he insisted he still thinks the England star’s best position is at wing-back despite recently deploying him on the right-hand side of a back three. 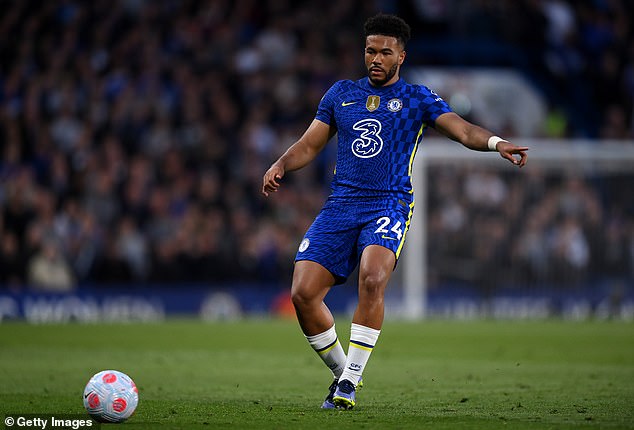 ‘I would love to have two Reece James’,’ Tuchel added. ‘It is 50 per cent at wing-back and 50 per cent in the back three.

‘It also depends on the opponent and the structure of their offensive transition – for Reece to be the first guy involved and not in the attack.

‘I’m a bit more leaning that his very best position is the wing-back position but it is more demanding. The next step is to be a regular player for 55 or 60 fixtures.’