Sadio Mane doubled Liverpool‘s lead in their 2-0 win over Villarreal on Wednesday night – and in doing so etched his name into the Champions League history books.

Mane helped the Reds claim a comfortable victory in the first leg of their semi-final showdown with Unai Emery’s side, tapping home from close range to give them a two-goal cushion after Pervis Estupinan’s own goal had broken the deadlock.

The Senegal international has been thriving of late while operating as a new-look centre-forward, with his latest strike taking him to 20 goals for the season. 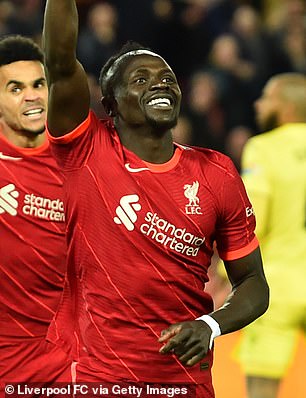 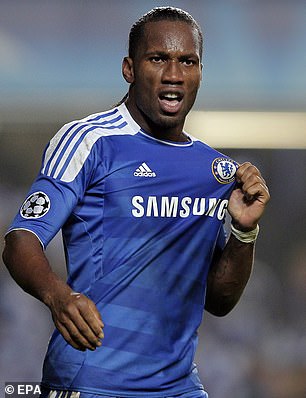 As well as that, it also saw him draw level with Didier Drogba as the joint-highest African goalscorer in the Champions League knockout stages.

Drogba, who won the competition in 2012 with Chelsea, bagged 14 goals in his 46 knockout appearances for the Blues, one of which came in their final triumph against Bayern Munich.

And Mane has now equalled the Ivory Coast legend’s tally – but in 21 games less.

The Liverpool forward has scored an incredible 14 goals in 25 knockout matches, which works out as a goal every 1.8 games.

It is now inevitable that he will surpass Drogba as the Champions League’s top African goalscorer in knockout ties, and if he does so in the next 20 games his return will have been achieved in fewer than the retired striker. 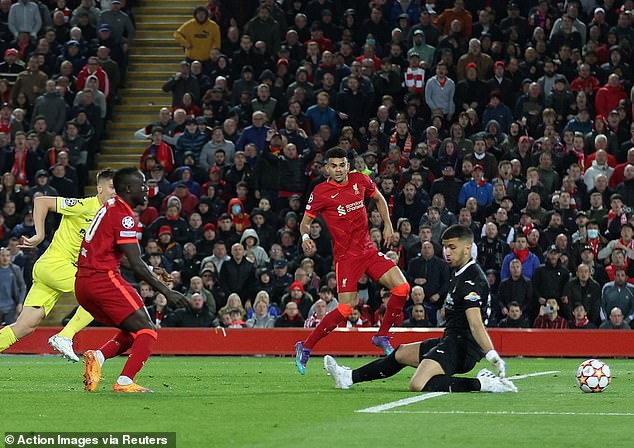 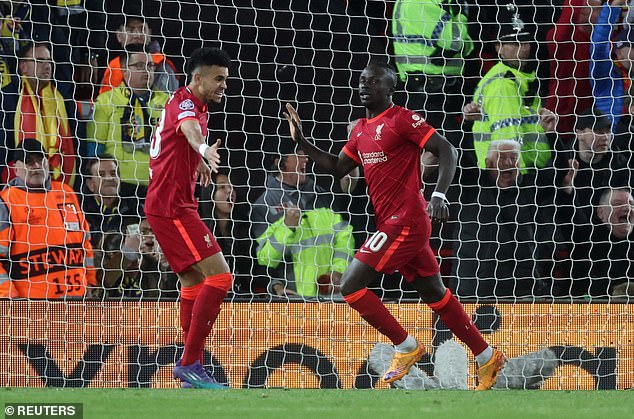 He has drawn level with Chelsea icon Drogba, whose tally of 14 goals came in 21 fewer games

Speaking about his decision to move Mane into a more central attacking role in recent games, Klopp said after their win over Villarreal: ‘He can play left and can play central, both positions world class.

‘He started for us here at Liverpool on the right wing, the older ones in the room will remember he scored at Arsenal, maybe his first goal when he cut inside and fired the ball with his left foot in the far corner.

‘So, yes, absolutely outstanding. Love it. In the moment it’s just, for us, a good alternative.

‘I love Diogo [Jota] in the centre, I love Bobby [Firmino] in the centre and I love Sadio on the left. We should not be that fixed.

‘We have a look and there are different ways that Sadio plays.

‘Sometimes we want him to drop slightly more, today we wanted him to stay more between the centre-halves, keep them away and offer the runs in behind.

‘There are no secrets, because if you watch it back you will see it anyway.

‘He has the skillset for it, that’s the reason why he is there.’